A Lawyer With A 38+ Year Proven Track Record Exclusively Practicing Only Colorado Criminal Law - Defending Your Future
Contact Us Now For a Free Consultation
Home
Articles
The Colorado Criminal Justice System – What are my Rights?
Your Right to Remain Silent

Your Right to Remain Silent

What is the Miranda Warning? 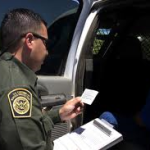 Your Right to Remain Silent The Miranda Rule Explained You’ve probably heard it lots of times on TV crime shows: “You have the right to remain silent. Anything you say can and will be used against you in a court of law. You have the right to be speak to an attorney, and to have an attorney present during any questioning. If you cannot afford a lawyer, one will be provided for you at government expense.” That is the Miranda Warning, named after a famous case involving a suspect named (what else?) Miranda.

All of the statements in the warning are true; however, it is not necessary for a police officer to recite the magic words in order to arrest you. In most situations, the police will give the warning only if you are going to be asked questions; if they interrogate you outside the presence of your lawyer without giving the warning, any answers you give probably cannot be introduced in court as evidence against you. However, the police are allowed to ask routine booking questions such as your name, address, date of birth, and social security number in order to establish your identity, without reading you the Miranda warning. You can also be given a breathalizer test without the warning. Of course, you always have the right to refuse to answer any questions.

Is an Arrest Illegal if the Police Neglect to Read the Miranda Rights to the Suspect?

No. These rights are your protection against self-incrimination only, not against being arrested. The only thing the police need before making an arrest is “probable cause” — a sufficient reason, based on facts and observations, to believe you have committed a crime. Police must recite the Miranda rights only when they are about to interrogate a suspect. If they do not, then a judge might later throw out any statements made, though the arrest may still be valid.

Your Right to Remain Silent The Miranda Rule Explained Who Was This Guy Miranda?

While the Miranda warnings are considered a cornerstone of our civil liberties, the person after whom they were named was hardly someone most people would consider a hero. In 1963, Ernesto Miranda, an eighth-grade dropout with a criminal record, had been picked up by Phoenix police and accused of raping and kidnapping a mildly retarded 18-year-old woman. After two hours in a police interrogation room Miranda signed a written confession, but he apparently never was told that he had the right to remain silent, to have a lawyer, and to be protected against self-incrimination.

Despite his lawyer’s objections, the confession was presented as evidence at Miranda’s trial, and he was convicted and sentenced to 20 years. His appeal went all the way to the Supreme Court, where it was joined with three other similar cases. In a landmark ruling issued in 1966, the court established that the accused have the right to remain silent and that prosecutors may not use statements made by defendants while in police custody unless the police have advised them of their rights.

That ruling offered only temporary reprieve to Miranda. He was retried. The second time round the prosecutors couldn’t use the confession, but they did have additional evidence from a former girlfriend of Miranda’s who testified that he had told her about the kidnapping and rape. He was convicted again and served 11 years before being paroled in 1972. He was arrested and returned to prison several times after.

Miranda died in 1976 at age 34 after being stabbed during an argument in a bar. The police arrested a suspect who chose to remain silent after being read his rights. The suspect was released and no one was ever charged with the killing.

Your Right to Remain Silent: The Miranda Rule Explained

About The Author: H. Michael Steinberg Email The Author. A Denver Colorado Drug Crimes Sex Crimes Theft Crimes DUI Probation Violation Juvenile Crimes Criminal Defense Lawyer or call his office at 303-627-7777 during business hours or call his cell if you need his immediate assistance 720-220-2277. Ask him about

If you are charged with A Colorado crime or you have questions about [shoplifting or grand theft], please call our office. The Law Offices of H. Michael Steinberg, in Denver, Colorado, provide criminal defense clients with effective, efficient, intelligent and strong legal advocacy. We can educate you and help you navigate the stressful and complex legal process related to your criminal defense issue.