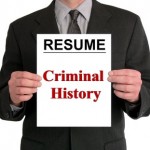 Colorado Criminal Law Withdrawing A Guilty Plea Two recent cases (2010 2013) have greatly impacted Colorado law regarding the withdrawal of a plea and a conviction in the face of what are called collateral consequences here I address the deportation of the individual who -after pleading guilty to a crime may not understand that it could lead to serious immigration consequences.

In Padilla v. Kentucky (2010), the Supreme Court held that it is ineffective assistance of counsel under the Sixth Amendment to fail to inform a client a criminal defendant of the immigration consequences of a criminal conviction before entering into a criminal plea agreement.

This year 2013 in Chaidez v. United States unfortunately the Supreme Court held that the Padillaholding will not apply retroactively to criminal convictions entered before March 2010. That decision that Padillawill not apply retroactively will impact thousands of individuals seeking to withdraw from plea deals for cases where the convictions entered before March 2010.

The Obama administration’s crackdown on so called “criminal aliens” has led to many removal actions. Now even lawful permanent residents facing removal will be directly affected by Chaidezand will suffer significant hardships.

Withdrawing From a Plea Agreement Conviction in Colorado

Certain rules apply in Colorado before attempting to withdraw from a plea. They are reviewed now.

Withdrawing from a plea in Colorado holds out the promise of a resolution of certain immigration issues but it is not a perfect solution. Before getting there we have to look at how a plea is withdrawn in Colorado.

In some cases, withdrawing your guilty plea may resolve your immigration issues.

You Have no “Right” to Withdraw From a Plea Bargain

Once a plea is entered especially if a conviction has entered, you have no “right” to withdraw from your plea agreement other rules apply after the plea is entered which include establishing reasons or “grounds” for withdrawing your guilty plea.

Withdrawing From a Plea Before You Have Been Sentenced

Different rules laws apply for attempting to withdraw from a Colorado guilty plea depending on the timing of the attempt. If you file a motion to withdraw your plea before sentencing,

you must establish a much lower standard for the judge than AFTER you have been sentenced. The standard is “a fair and just reason for withdrawing your guilty plea.”

Examples of “fair and just reasons” are plentiful. Obviously not advising you of the immigration consequences of your plea is now after the Padilla case a denial of your constitutional right to effective assistance of counsel. That is a lawyer has fallen below the minimum requirements to perform his or her job if the lawyer failed to properly advise you of the immigration consequences of pleading guilty.

The defendant has the burden to demonstrate a “fair and just reason” for the change.

Some examples of circumstances which will possibly justify the withdrawal of guilty plea are where a “plea was entered through fear, fraud, or official misrepresentation; or where it was made involuntarily”

BUT a defendant may not withdraw plea merely because he or she discovers the prosecution’s case is weaker than it once appeared. Or they have changed their mind.

The procedures the Court will follow in addressing whether to allow you to withdraw from a Colorado guilty plea are governed by Colorado Rule of Criminal Procedure Rule 32(d) (Crim. P. 32(d).)

Here is the rule reprinted for you to read:

To be successful you should retain a lawyer to file the necessary petition and to subpoena witnesses and to conduct the hearing on your behalf do not delay.

In this scenario you have changed your mind AFTER you were sentenced but BEFORE the time bar (below) has run. This is considered a post conviction proceeding. The judge that will hear your motion to withdraw your plea is the SAME JUDGE who accepted your plea and who sentenced you.

After you have filed your post conviction pursuant to Crim. P. 35 ( c ), the judge will conduct an “evidentiary hearing” where he or she will permit you to prove the claims in your petition.

If the basis for your petition is the fact that your lawyer never advised you of the immigration consequences of your plea deal this is when you assert that claim. As reviewed above the basis for the claim is a denial of your constitutional right to effective assistance of counsel under the 6th amendment.

Prejudice is established here by asserting then proving to the judge that you would not have pleaded guilty if your lawyer had made you aware of the devastating immigration consequences of the conviction.

In this situation Colorado law throws up tow additional impediments to the withdrawal of your plea if you raise the issue AFTER you have been sentenced.

In most felony cases, you have three years to file your motion to withdraw your guilty plea. For a misdemeanor, you have eighteen months, and, for a petty offense, you have six months.

Here Is The Law In This Area:

potential for frustrating various statutory provisions directed at repeat offenders, former offenders, and habitual offenders, the only exceptions to the time limitations specified in subsection (1) of this section shall be:

Motions To Withdraw Filed After the Time Deadline

If you miss the above deadline you now have to go further than either of the scenarios above ( ore-sentencing and post sentencing but before the time deadline). Now to succeed the grounds to establish on of the exceptions as a way around the time bar are:

You also have to persuade the court in addition to the statutory time bar above a reason why if:

In my line of work there is something we call a Pyrrhic victory that is winning the battle but losing the war. You must be aware that if you withdraw from your plea agreement the original charges are fully reinstated and there are no agreements to lessen the impact of a conviction if the case goes to trial and you lose. Beware then the consequences of withdrawing from the plea agreement. They may actually be more severe than the original guilty plea itself.

Upon the dissolution of the plea agreement all dismissed charges are reinstated. In some cases those charges may be much more serious than the charge you to which you agreed to plead guilty.

Furthermore since all of the original charges are reinstated if you are then convicted of those charges, the consequences may also have a more serious impact on your immigration status than the original plea agreement. A nightmare scenario is you are convicted of all the charges are sentenced to a long prison sentence and THEN you are deported after you have served that sentence.

Who Has The Right To Decide To Withdraw From The Plea Agreement?

While a criminal defense lawyer has what is considered to be broad authority to determine what strategy to employ in the defense of a case, the most ” fundamental constitutional rights” are reserved to a defendant personally. The decision to enter a guilty plea is among those “fundamental choices that must be decided by the defendant alone.” Others include whether to testify, whether to waive jury trial, or whether to take an appeal.

The rules of ethics that bind all lawyers in Colorado Colo. RPC 1.2(a) provides that a lawyer in a criminal case shall abide by a client’s decision, after consultation with the lawyer, as to a plea to be entered.

The Judge’s Decision Very Unlikely To Be Overturned On Appeal

If the trial or lower court judge refuses to grant a Motion to Withdraw, it is unlikely to be overturned on appeal. Thus you will probably have only “one good bite at the apple.”

We know that to warrant a change of plea before entry of a sentence, there must be some showing that denial of the request will subvert justice and that the burden of demonstrating a “fair and just reason” for the change rests on the defendant.

What you also need to know is that a motion to withdraw a plea of guilty is addressed to “the sound discretion of the court.” With that you need to know that “absent an abuse of that discretion, a reviewing court a higher court will not overturn the denial of a motion to withdraw a guilty plea. This is a very tough standard to constitute an abuse of discretion, a court’s ruling must be “manifestly arbitrary, unreasonable, or unfair.”

It is nearly impossible for a reviewing court to find that based on the record a trial court’s order was “manifestly arbitrary, unreasonable or unfair.”

Please call our law firm if you have questions about..

H. Michael Steinberg has been a Colorado criminal law specialist attorney for 30 years (as of 2012). For the first 13 years of his career, he was an Arapahoe Douglas County District Attorney Senior prosecutor. In 1999 he formed his own law firm for the defense of Colorado criminal cases.

If you have questions about Colorado Criminal Law Withdrawing A Guilty Pleain the Denver metropolitan area and throughout Colorado, attorney H. Michael Steinberg will be pleased to answer those questions and will provide quality legal representation to those charged in Colorado with adult and juvenile criminal matters.