When Your Colorado Criminal Lawyer Fails 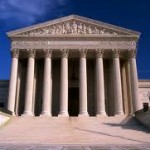 Ineffective Assistance Of Counsel And The Immigration Consequences When Your Colorado Criminal Lawyer Fails In A Colorado Criminal Case the term is known as ineffective assistance of counsel the result can be devastating and can lead to your deportation from the United States.

This article written by Colorado Criminal Defense Lawyer H. Michael Steinberg explores the law in this complex and quickly changing area and attempts to simplify the issues for you to consider in light of two recent cases that help individuals caught up in bad advice or representation and the resulting immigration consequences.

In Padilla v. Kentucky 559 U.S. 356 (2010), the United States Supreme Court held that criminal defense attorneys have an obligation to advise their noncitizen clients of the immigration consequences of a guilty plea.

The Court ruled that when the deportation consequence is truly clear, the duty to give correct advice is equally clear, but when the law is not succinct and straightforward, a criminal defense attorney need do no more than advise a noncitizen client that the conviction may carry a risk of adverse immigration consequences.

Padilla Rule not a New Rule in Colorado

Twenty-three years before the United States Supreme Court issued its opinion in Padilla, the Colorado Supreme Court in People v. Pozo held that when a criminal defense attorney has sufficient information to form a reasonable belief that his client is a noncitizen, he may reasonably be required to investigate relevant immigration law to inform himself of material legal principles that may significantly impact the particular circumstances of his client. See People v. Pozo, 746 P.2d 523, 529 (Colo. 1987).

In Chaidez v. United States 133 S. Ct. 1103 (2013), the United States Supreme Court ruled that its holding in Padilla does not apply retroactively to convictions that became final prior to the announcement of Padilla.

Again Colorado Had Addressed the Issue Before In People v. Kazadi

In People v. Kazadi, 284 P.3d 70 (Colo. App. 2011), however, a division of the Colorado Court of Appeals had previously ruled that it need not determine whether or not Padilla applies retroactively because Colorado has long recognized the very duties that the United States Supreme Court discussed in Padilla.

The Right to a Hearing

In Kazadi, the Colorado Court of Appeals ruled that the defendant was entitled to an evidentiary hearing on his claim of ineffective assistance of counsel relating to his misdemeanor drug conviction because he had sufficiently alleged that: his attorney did not conduct the necessary research into the immigration consequences of his plea and did not advise him that his misdemeanor conviction would subject him to presumptive mandatory deportation and permanent exclusion from the United States, and he was prejudiced by this deficient performance because there is a reasonable probability that he would not have entered the guilty plea if he had been correctly advised of the immigration consequences. The Court of Appeals ruled that the defendant’s alleged personal circumstances supported his claim of prejudice.

Failure to Advise a Non-Citizen What Was The Defendant’s Goal in the Plea Agreement?

Following Kazadi, another division of the Colorado Court of Appeals ruled that a criminal defense attorney’s advice to a noncitizen client—that a guilty plea may carry an adverse immigration risk—was deficient performance where the consequence of the conviction is mandatory deportation. People v. Campos-Corona , 2013 COA 23 (Colo. App. Feb. 23, 2013).

The Prejudice Prong ( see my article on ineffective assistance generally)

The Colorado Court of Appeals found, however, that the defendant in this case had not proved prejudice because his overriding goal in the plea proceedings was to avoid a prison sentence, and his plea bargain advanced that goal.

After he Served his Sentence he Faced Deportation

Facing Deportation Defendant Campos-Corona filed a Crim.P. 35(c) motion to seek to withdraw his plea on the ground that plea counsel was ineffective in advising him regarding the immigration consequences of his guilty plea.

At the hearing on the motion, his original lawyer testified that he advised defendant that a guilty plea would make renewing his permanent residence status difficult, if not impossible, and deportation was very possible.

Why Did Campos-Corona Take the Plea Deal?

At the hearing the lawyer testified that the reason the defendant took the plea was to make certain he would receive probation and then deal with the “immigration issue” later. BUT the lawyer for Campos-Corona also admitted that he had not advised Campos-Corona that the plea agreement would subject him to a mandatory removal provision under federal law.

At the 35 ( c ) hearing Campos-Corona testified that IF he had been told in absolute terms that he would be deported, he would not have entered a guilty plea. The post-conviction court found plea counsel’s representations were adequate regarding potential deportation.

The Colorado Court of Appeals found that counsel’s performance was deficient, (Prong 1) but the 35 ( c ) petition was properly deniedbecause Campos-Corona failed to sufficiently demonstrate prejudice. In this case the rule of law was that “even if inadequate advice was provided to the defendant he failed to show prejudice because the real reason he took the deal was that he wanted to avoid prison and it would not have been irrational for him to proceed to trial.

The Two Prongs of an Ineffective Assistance of Counsel

A criminal defendant is entitled to relief for ineffective assistance of counsel by showing that: counsel’s performance fell below an objective standard of reasonableness, and a reasonable probability exists that but for counsel’s errors, the defendant “would not have pleaded guilty and would have insisted on going to trial.”

Section 18-1-410, C.R.S. and Rule 35(c) of the Colorado Rules of Criminal Procedure permit defendants the right to raise certain claims in the trial court after they have been convicted and exhausted all of other appellate rights.

There are many grounds for a collateral Attack. For example if important new evidence previously unknown and unavailable to the defense is discovered that would have changed the outcome of his case or if for example the defense lawyer did not provide adequate representation to him during the pendency of the case these claims are raised under Rule 35©.

Claims that can be raised under Rule 35(c) are specifically limited to:

The Colorado state legislature also has passed a “statute of limitations” on collateral attacks. A person bringing these attacks must do so within a specific time frame

For Class 1 felonies there is no time limit.

If you file a Rule 35 ( c) claim AFTER the time limits have passed they must come within one of TWO specified exceptions. While one basis might be lack of jurisdiction such a claim is rare. Most likely the claim must allege “justifiable excuse” or “excusable neglect”.

The Law Offices of H. Michael Steinberg, in Denver, Colorado, provide criminal defense clients with effective, efficient, intelligent and strong legal advocacy. We can educate you and help you navigate the stressful and complex legal process related to your criminal defense issue.

H. Michael Steinberg, is a Denver, Colorado criminal defense lawyer who will provide you with a free initial case consultation to evaluate your legal issues and to answer your questions with an honest assessment of your options.