A Lawyer With a 35+ Year Proven Track Record in Exclusively Colorado Criminal Cases Defending Your Future
Contact Us Now For a Free Consultation
Home
Articles
The Colorado Criminal Justice System – What are my Rights?
Understanding the 4th Amendment 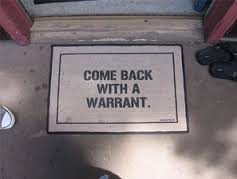 Understanding the 4th Amendment Illegal Search and Seizure in Colorado and across the country requires a concerted effort to study the actual works of the amendment and the cases interpreting it. This is only one of many articles I am writing and have wirtten to assist people with those tasks.

what is the fourth amendment why is it Important to Understand it?

The right of the people to be secure in their persons, houses, papers, and effects, against unreasonable searches and seizures, shall not be violated, and no Warrants shall issue, but upon probable cause, supported by Oath or affirmation, and particularly describing the place to be searched, and the persons or things to be seized.

The Fourth Amendment is not specifically limited to citizens. For Fourth Amendment purposes, the word “people” encompasses non-citizens who have “developed sufficient connection” with the United States to be considered part of the “national community.”

Fourth Amendment rights may only be asserted by one who is subjected to an unreasonable search or seizure. The rights may not be asserted by a second party. Thus, a defendant cannot challenge a search against a co-defendant.

The Fourth Amendment is not limited to police activity and covers conduct by other public employees, such as firefighters, public school teachers, and housing inspectors. Searches by non-police government actors are generally of an administrative, not investigatory nature, and are controlled by different standards.

“House” has been broadly construed to include:

Factors relevant to determining whether land falls within the cartilage are:

Commercial buildings receive limited Fourth Amendment protection on the theory that one has a greater expectation in his home than in commercial structures.

“Papers” encompass personal items, such as letters and diaries, as well as impersonal business records.

“Effects”encompass all other items not constituting “houses” or “papers,” such as clothing, furnishings, automobiles, luggage, etc. The term is less inclusive than “property”; thus, an open field is not an effect.

The controlling legal test at the time for determining whether police conduct violated the Fourth Amendment was known as the “trespass” doctrine. Under the trespass doctrine, the Fourth Amendment did not apply in the absence of a physical intrusion a trespass into a “constitutionally protected area,” such as a house.

Noting the advent of modern technology that allowed the government to electronically intercept conversations without physical intrusion into any enclosure, the Supreme Court has abandoned the trespass doctrine and has announced that the appropriate inquiry for Fourth Amendment challenges was whether the defendant had a “reasonable expectation of privacy.”

Thus, the government’s electronic surveillance of a suspects conversations without a warrant violates the Fourth Amendment.

Entry into and exploration of so-called “open fields” does not constitute a search within the meaning of the Fourth Amendment.

The “open fields doctrine” is based on the theory that people do not have a legitimate expectation of privacy in activities occurring in open fields, even if the activity could not be observed from the ground except by trespassing in violation of civil or criminal law.

Installation and use of a pen register by the telephone company, at the behest of the government, to record the telephone numbers dialed from a private residence is not a search within the meaning of the Fourth Amendment.

Surveillance of activities occurring in public falls outside the protections of the Fourth Amendment. Thus, the use of an electronic tracking device attached to a suspect’s vehicle or object carried by the suspect does not constitute a search to the extent that it provides the police with information that could have otherwise been secured by visual surveillance from public places.

However, where such device allows the police to monitor activity inside a private place such as a home, a Fourth Amendment search occurs.

The use of a thermal-imaging device aimed at a home from a public area to detect relative amounts of heat within constitutes a search.

Use of such technology constitutes a search if it enables the government to gather evidence from a constitutionally protected area to which it would not otherwise have access without a warrant.

Aerial surveillance by the government of activities occurring within the curtilage of a house does not constitute a search if the surveillance:

Construction of a fence which blocks observations from ground-level and demonstrates the defendant’s desire to maintain privacy does not necessarily equate to a reasonable expectation of privacy if there any modes of surveillance possible under the circumstances, e.g., airplanes and helicopters flying above, observations from taller adjacent buildings, a utility repair person on a pole overlooking the yard.

Dog Sniffs and Other Tests for Contraband

Activity that is aimed at detecting the mere presence of contraband, or identifying a suspicious substance as such, does not constitute a search. A dog sniff of luggage, which was located in a public place, does not constitute a search a chemical test that merely discloses whether a particular substance is cocaine “does not compromise any legitimate interest in privacy,” and is, therefore, not a search. However, a test to determine personal use of contraband, such as a urine test to detect drug use, does qualify as a search.

There is no reasonable expectation of privacy in garbage left for collection outside the curtilage of one’s home.

Understanding the 4th Amendment Illegal Search and Seizure What Then is a “Seizure?” Seizure of Property

A Fourth Amendment seizure of a person occurs when a police officer, by means of physical force or show of authority, in some way restrains the liberty of a citizen , Terry v. Ohio, 392 U.S. 1 (1968), or put another way, when “in view of all of the circumstances surrounding the incident, a reasonable person would have believed that he was not free to leave.

Examples of activities that constitute a seizure of persons include:

What is Probable Cause?

Scope of “Probable Cause” Requirement Probable cause is required as the basis for:

Not all searches and seizures need be founded on probable cause. A lesser standard “reasonable suspicion” may apply where the intrusion is minor, such as a pat-down for weapons. Furthermore, where the intrusion on a person’s privacy is especially slight and society’s interest in conducting the search or seizure is significant, there may be no need for individualized suspicion, such as for society and border checkpoints and certain administrative searches.

“Probable cause”exists when the facts and circumstances within an officer’s personal knowledge, and about which he has reasonably trustworthy information, are sufficient to warrant a “person of reasonable caution” to believe that:

Probable cause is an objective concept. An officer’s subjective belief, no matter how sincere, does not in itself constitute probable cause. However, in determining what a “person of reasonable caution” would believe, a court will take into account the specific experiences and expertise of the officer whose actions are under scrutiny.

Basis for “Probable Cause”

Probable cause may be founded on:

No weight may be given to unsupported conclusory statements in probable cause determinations.

Unless a magistrate has reason to believe that an affiant has committed perjury or recklessly misstated the truth, the magistrate may consider all direct information provided by the affiant. The affiant’s information is considered reasonably trustworthy because it is provided under oath.

A magistrate may consider hearsay for purposes of determining probable cause, as long as the information is reasonably trustworthy. The informant’s identity need not be disclosed to the magistrate unless the magistrate doubts the affiant’s credibility regarding the hearsay.

The Aguilar-Spinelli test for determining the reliability of informant tips controlled until 1983, when it was replaced by the Gates “ totality-of-the circumstances” test.

The “Totality of the Circumstances” Test

In Illinoisv. Gates, 462 U.S. 213 (1983),the United States Supreme Court abandoned Aguilar and substituted the totality-of-the-circumstances test for probable cause determinations, which requires the magistrate to balance “the relative weights of all the various indicia of reliability (and unreliability) attending an informant’s tip.” The factors enunciated in Aguilar basis-of-knowledge and veracity remain “highly relevant” in determining the value of an informant’s tip but are no longer treated as separate, independent requirements.

It is the belief of the Colorado Criminal Defense Law Firm of H. Michael Steinberg that every citizen should understand ully the nature and breadth of their constitutional rights.. This web page addresses the citizens rights under the 4th amendment.

About The Author: H. Michael Steinberg Email The Author. A Denver Colorado Criminal Defense Lawyer or call his office at 303-627-7777 during business hours or call his cell if you need his immediate assistance 720-220-2277.

If you are charged with A Colorado crime or you have questions about Understanding the 4th Amendment Illegal Search and Seizure, please call our office. The Law Offices of H. Michael Steinberg, in Denver, Colorado, provide criminal defense clients with effective, efficient, intelligent and strong legal advocacy. We can educate you and help you navigate the stressful and complex legal process related to your criminal defense issue.

H. Michael Steinberg, is a Denver, Colorado criminal defense lawyer with over 30 years of day to day courtroom experience specializing in Colorado Criminal Law along the Front Range. He will provide you with a free initial case consultation to evaluate your legal issues and to answer your questions with an honest assessment of your options. Remember, it costs NOTHING to discuss your case. Call now for an immediate free phone consultation.