A Lawyer With A 38+ Year Proven Track Record Exclusively Practicing Only Colorado Criminal Law - Defending Your Future
Contact Us Now For a Free Consultation
Home
Articles
The Colorado Criminal Justice System – What are my Rights?
Understanding Colorado’s Citizen’s Arrest Law 16-3-201 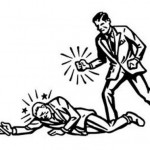 Colorado and the West has a long tradition of the Citizen’s Arrest. With the wide open plains of the Southwest law enforcement was practically nonexistent and it was left to the people to enforce the laws and to keep the peace until law enforcement arrived if it ever did. With that rich history the Citizen’s Arrest has remained mostly the same over the years. This article is intended to help understand the law as it exists today (2015)

A person who is not a peace officer may arrest another person when any crime has been or is being committed by the arrested person in the presence of the person making the arrest. Cite as C.R.S. § 16-3-201

Some rules that apply to this law:

The requirement of the “in the presence of “means the arrestor must be personally present to observe the acts which are “sufficiently indicative of a crime in the course of commission of that crime. IF the citizen meets the requirements of this law THEN that citizen a private person = can then use physical force to make the arrest. (see more on this below)

The next law permits the citizen to assist the police to report a crime and for assisting the police, for example, in making an arrest and gives that person immunity from criminal charges for doing so and from a law suit for damages for taking that chance.

16-3-202. Assisting peace officer arrest furnishing information immunity. What Happens If You Refuse To Aid A Police Officer If Ordered To Assist In An Arrest (at the State Level and under Denver Colorado Criminal Code Law) 18-8-107. Refusing to aid a peace officer.

A person, eighteen years of age or older, commits a class 1 petty offense when, upon command by a person known to him to be a peace officer, he unreasonably refuses or fails to aid the peace officer in effecting or securing an arrest or preventing the commission by another of any offense.

It shall be the duty of all persons, when called upon by any police officer, member of the police department, or person duly empowered with police authority, promptly to aid and assist such officer, member or person in the discharge of their duties.

§ 18-1-707. Use of physical force in making an arrest or in preventing an escape

[HMS The first sections only apply to the police]

What If You are Sued in Civil Court for Trying to Prevent a Crime From Being Committed Against Another Person?

Under these circumstances the Good Samaritan is immune from civil damages here is the law:

Any person who is not a peace officer as defined in section 24-31-301(5) , C.R.S., who is made the defendant in any civil action as a result of having sought to prevent a crime being committed against any other person, and who has judgment entered in his favor shall be entitled to all his court costs and to reasonable attorney fees incurred in such action.

The Good Samaritan who attempts to assist in the prevention of a crime has immunity from a law suit as a matter of law and good public policy.

When Making A Colorado Citizen’s Arrest Some Additional Thoughts

When you think about it the Colorado citizen in some cases actually has more power to arrestthan police in some situations. Every citizen can make an arrest anywhere in the country. The police power is limited for the most part to their jurisdiction. If they make a mistake they can sued for “false arrest.” If the police leave their jurisdiction they are relegated to the same authority as the average citizen.

Remember you must witness a crime that is taken place around you or be sufficiently capable of connecting the arrest with a crime very recently committed. Like the police you must have “probable cause” for the arrest. So if you see a man punch a woman in a bar you have the right to restrain that man and prevent his leaving the bar until the police arrive and you can use reasonable force to detain that individual.

You can only use that amount of force required to detain the person until the police arrive. Like every instance of the use of force to make an arrest you CANNOT use a greater amount of force that is necessary and you should never harm the alleged perpetrator unless it is absolutely necessary.

The police cannot use excessive force to make an arrest and neither can you.

There is also the danger in making a citizen’s arrest that if you identify yourself as a police officer you could be charged with impersonating a police officer as well as other charges such as false imprisonment, kidnapping, wrongful arrest, assault and or battery.

In Colorado, a private citizen may arrest another when the arrested person commits or has committed a crime in the presence of the person making the arrest. § 16-3-201, C.R.S.

The same law applies to both a citizen’s arrest and a police officer making an arrest A citizen and a peace officer attempting or making an arrest are “justified in using reasonable and appropriate physical force.” to make an arrest § 18-1-707(1)(a), C.R.S. A private citizen may use “reasonable and appropriate physical force upon another . . . when and to the extent he reasonably believes it necessary to effect an arrest,” § 18-1-707(7), C.R.S.

Put another way the reasonable use of the defense of self defense it the person being arrested in the situation of a citizen’s arrest reasonably believed that he was being unlawfully assaulted. A jury is instructed in this situation looks at the reasonableness of the defendant’s belief in the need to take defensive action and must consider the totality of the circumstances, including the perceptions of the person being arrested.

About The Author: H. Michael Steinberg Email The Author at hmsteinberg@hotmail.com. A Denver Colorado Criminal Defense Lawyer or call his office at 303-627-7777 during business hours or call his cell if you cannot wait and need his immediate assistance 720-220-2277. Attorney H. Michael Steinberg is passionate about criminal defense. His extensive knowledge and experience of Colorado Criminal Law gives him the edge you need to properly handle your case.

A Disclaimer: While every effort has been made to ensure the accuracy of this publication, it is not intended to provide legal advice as individual situations will differ and should be discussed with an expert and/or lawyer. If you are seeking counsel there maybe other more specific technical or legal advice on the information provided and related topics. For that, please contact the author.

If you are charged with A Colorado crime or you have questions about the topic of this article Understanding Colorado’s Citizen’s Arrest Law 16-3-201- How Far Does It Go?, please call our office. The Law Offices of H. Michael Steinberg, in Denver, Colorado, provide criminal defense clients with effective, efficient, intelligent and strong legal advocacy. We can educate you and help you navigate the stressful and complex legal process related to your criminal defense issue.

Contact A Lawyer with Three Decades of Experience as a Denver Criminal Attorney at The Steinberg Colorado Criminal Defense Law Firm today.

Colorado Defense Lawyer H. Michael Steinberg regularly appears and provides solid criminal defense for clients throughout the Front Range of Colorado including the courts of: