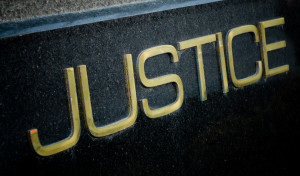 The use of the mandatory sentencing laws in Colorado by District Attorney’s is often unfair and immoral. These laws remove sentencing discretion from Colorado’s judges who are elected precisely for the purpose of deciding appropriate sentences on a case by case basis.

It has been my experience that the law should be “readable” and understandable by the person that is being prosecuted. In this article I will annotate the existing law and highlight the provisions that matter. Hopefully by reading the law it will become less frightening and more understandable to you.

[ HMS this first section lays out the basic mandatory prison sentences if a person is convicted of a Colorado Crime of Violence.]

[ HMS The OUT Within this first paragraph almost hidden there is an EXCEPTION a workaround that gives a judge discretion to avoid the draconian nature of the mandatory sentencing scheme IF within 90 days the judge decides that the sentence is too harsh and the case is ‘exceptional and involves unusual and extenuating circumstances .]

(E)xcept that, within ninety-one days after he or she has been placed in the custody of the department of corrections, the department shall transmit to the sentencing court a report on the evaluation and diagnosis of the violent offender, and the court, in a case which it considers to be exceptional and to involve unusual and extenuating circumstances, may thereupon modify the sentence, effective not earlier than one hundred nineteen days after his or her placement in the custody of the department.

the unusual and extenuating circumstances that justified such modification.” Modifications CAN include probation! ]

[ HMS The next section explains the mandatory “consecutive” or stacking clause of the statute that not only requires a prison sentence but if a person is convicted of TWO or MORE crimes of violence the judge is required to “stack” them one following the other.]

A person convicted of two or more separate crimes of violence arising out of the same incident shall be sentenced for such crimes so that sentences are served consecutively rather than concurrently. (b) Notwithstanding the provisions of paragraph (a) of this subsection (1), any person convicted of a sex offense, as defined in section 18-1.3-1003(5) , committed on or after November 1, 1998, that constitutes a crime of violence shall be sentenced to the department of corrections for an indeterminate term of incarceration of at least the midpoint in the presumptive range specified in section 18-1.3-401(1) (a) (V) (A) up to a maximum of the person’s natural life, as provided in section 18-1.3-1004(1).

[HMS The following section defines the crimes of violence:]

(A) Used, or possessed and threatened the use of, a deadly weapon; or

(B) Caused serious bodily injury or death to any other person except another participant.

(II) Subparagraph (I) of this paragraph (a) applies to the following crimes:

[ HMS There is a separate provision above and below for sex crimes .. They follow a statutory scheme that distinguishes them from other crimes of violence.. and this includes mandatory inderminate life sentences. LINK]

(II) The provisions of subparagraph (I) of this paragraph (b) shall apply only to felony unlawful sexual offenses.

[HMS The following section applies to District Attorney’s who seek to file crimes of violence charges and requires the prosecutor to make the mandatory sentencing charges clear on the charging document known as the complaint and information.]

(3) In any case in which the accused is charged with a crime of violence as defined in subsection (2) (a) (I) of this section, the indictment or information shall so allege in a separate count, even though the use or threatened use of such deadly weapon or infliction of such serious bodily injury or death is not an essential element of the crime charged.

[ HMS These sections requires a jury to make a SPECIFIC FINDING at trial that the accused comes within the law requiring mandatory sentences.. .. the jury must find that a deadly weapon was used if that is charged or that serious bodily injury was suffered by the victim or that a threat, intimidation or force was used during the commission of the crime.]

(4) The jury, or the court if no jury trial is had, in any case as provided in subsection (3) of this section shall make a specific finding as to whether the accused did or did not use, or possessed and threatened to use, a deadly weapon during the commission of such crime or whether such serious bodily injury or death was caused by the accused . If the jury or court finds that the accused used, or possessed and threatened the use of, such deadly weapon or that such injury or death was caused by the accused, the penalty provisions of this section shall be applicable.

(5) In any case in which the accused is charged with a crime of violence as defined in subsection (2) (a) (II) of this section, the indictment or information shall so allege in a separate count, even though the use of threat, intimidation, or force or the infliction of bodily injury is not an essential element of the crime charged.

(6) The jury, or the court if no jury trial is had, in any case as provided in subsection (5) of this section shall make a specific finding as to whether the accused did or did not use threat, intimidation, or force during the commission of such crime or whether such bodily injury was caused by the accused . If the jury or court finds that the accused used threat, intimidation, or force or that such bodily injury was caused by the accused, the penalty provisions of this section shall be applicable.

[HMS the dangerous weapon TAG adds another FIVE YEARS to the underlying sentence which must run consecutive to the other sentence or sentences. This new law following on the heals of the Aurora Theatre Shooting is a kind of SPECIAL OFFENDER punishment if certain weapons are used such as semiautomatic assault weapons:]

The sentence of five years shall be in addition to the mandatory sentence imposed for the substantive offense and shall be served consecutively to any other sentence and shall not be subject to suspension or probation.

(b) For the purposes of this subsection (7), “semiautomatic assault weapon” means any semiautomatic center fire firearm that is equipped with a detachable magazine with a capacity of twenty or more rounds of ammunition. applies to specified time intervals.

Warning you can seekONLY ONE RECONSIDERATION under subsection (1) above after the DOC diagnostic report is received after a defendant gas been placed in the Department of Corrections.

More Than One Crime of Violence Conviction Consecutive Sentences

The state of Colorado has 6 possible felony sentences. The are 1 through 6:

Here is a comprehensive chart to help you understand the felony criminal sentencing scheme:

There is a “presumptive” (normal) sentencing range for each class of felony, BUT the court can find extraordinary mitigating or aggravating circumstances exist” and alter the sentence accordingly.

Colorado law provides for certain “extraordinary aggravating factors” that also limit the court’s discretion in handing down a fair sentence.

Remember the judge must decide initially to impose DOC (prison) before the judge must sentence in these enhanced ranges. In other words in the absence of a mandatory DOC sentence as described above a judge can still grant probation notwithstanding these factors:

If you found any information I have provided on this web page article helpful please click my Plus+1 button below so that others may also find it.

About The Author: H. Michael Steinberg Email The Author at hmsteinberg@hotmail.com. A Denver Colorado Criminal Defense Lawyer or call his office at 303-627-7777 during business hours or call his cell if you cannot wait and need his immediate assistance 720-220-2277.

If you are charged with A Colorado crime or you have questions about the topic of this article Understanding Colorado Mandatory Sentencing Violent Crimes 18-1.3-406 Is There A Way Out? , please call our office. The Law Offices of H. Michael Steinberg, in Denver, Colorado, provide criminal defense clients with effective, efficient, intelligent and strong legal advocacy. We can educate you and help you navigate the stressful and complex legal process related to your criminal defense issue.

Contact A Lawyer with Three Decades of Experience as a Denver Criminal Attorney at The Steinberg Colorado Criminal Defense Law Firm today.

Colorado Defense Lawyer H. Michael Steinberg regularly appears and provides solid criminal defense for clients throughout the Front Range of Colorado including the courts of: