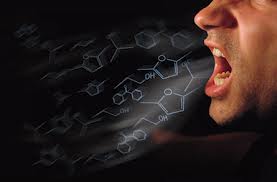 Always Only an Estimate

Any scientific measure of alcohol intoxication is an estimate regardless if the “expert” testifying is the police officer armed with a handheld breathalyzer or a forensic toxicologist with the latest most sophisticated laboratory equipment.

We are all different. People who drink have different body chemistries and physical constitutions. The variation in the behavioral effects of alcohol are as different as the people on our planet.

A Brief History And Development of Intoxication Testing

Intoxilyzer machines have one goal. They are designed to take a deep air sample (breath from the alveolar sacs, the site of gas exchange in the lungs) and then calculate the rate or proportion of alcohol-in-blood to alcohol-in-breath. The standard known as the partition rate since 1938, is generally accepted as the ratio is approximately 1 to 2,100.

All breath testing instruments since then have this ratio built into their circuitry, and sometime during the 1950s, the estimated alcohol-in-blood using this proportion became referred to as BAC (blood alcohol concentration, the percent weight by volume, or % w/v, based upon grams of alcohol per cubic centimeter of blood or 210 liters of breath).

During the 70’s and 80’s when I started practicing law the National Highway Traffic Safety Administration and LEAA’s National Highway Administration initiated the massive training of thousands of police officers in the area of HGN (horizontal gaze nystagmus) testing and other field sobriety tests such as finger-to-nose, walk-and-turn, or the one-leg stand.

Ophthalmologists warned as in many of the assumptions underlying these field sobriety tests that dozens of physical conditions cause nystagmus) and that many hundreds of physical issues would interfere with the reliability of the “roadsides.”

But NHTSA and the police convinced judges, prosecutors, and lawmakers that these techniques were reliable and field sobriety testing is now part of every basic policy academy curriculum. 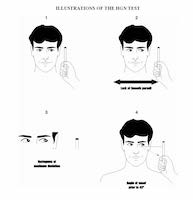 There is little support for the reliability of the HGN test outside of police training manuals. Eye doctors will tell you that wearing contact lenses makes a difference. The police manuals say they make no difference at all. The environment and guessing game used by the police in estimating what 45 degrees or an eye jerk looks like borders on the absurd.

However judges still blindly accept these tests, and prosecutors use HGN as direct evidence of probable cause. The police actually make judgements on a person’s level of intoxication based on guessing the angle of onset of a quivering eye (nystagmus).

Nystagmus” is a term used to describe a “bouncing” eye motion that is displayed in two ways:

HGN is a type of jerk nystagmus with the saccadic movement toward the direction of the gaze.

But in attempting to prove a DUI in court the DA will use other evidence if it exists such as erratic driving, staggering, slurring, bloodshot eyes, the odors associated with alcohol, as evidence of intoxication. This other evidence is used to “corroborate” the Standard Field Sobriety tests. Thus the less you do the more you refuse to cooperate in the investigation the less “evidence” the police officer can gather to use against you at trial.

The Blood Tests For The Detection Of Alcohol

Science long ago determined that the impairment from an amount of alcohol that has flowed through the blood vessels of the brain yields the most accurate estimates. Whether or not the arms are the best place to obtain blood that has flowed through the brain brain alcohol is not well studied especially for those those may have poor circulation in one or more extremities.

The Most Common Blood Alcohol Test

The most commonly used laboratory test for blood alcohol in a blood sample is called the dichromate oxidation method which is a type of chemical test. The tubes used for these blood tests are ready-made ampoules which contain a mix of chromium dichromate and sulfuric acid. If anything containing alcohol is introduced into this solution, a residue of chromic sulfate will form due to oxidation. The unconsumed amount of dichromate or the chromic sulfate formed is then measured which gives the percentage of alcohol in the sample expressed in percent weight per volume, which is exactly the same formula for estimating BAC.

As with all other types of commonly used intoxication testing, if the technique, method, or instrument used produces a digital display and a printout, the witness testifying for the prosecution, usually a police officer certified to operate the machine need not be a chemist or scientist.

Challenging The Quality Of The Laboratory

Laboratories are required to adhere to rigorous internal and external controls and are audited on a regular basis as part of a certification or accreditation process. Instruments are required to be calibrated and standardized (using equilibrator solutions) after every use.

In Colorado challenges to the “professional quality” of the Colorado state laboratory ended in the laboratory being shut down and Colorado DUI Blood tests being assigned to private certified labs. The Colorado Department of Public Health and Environment suspended all blood-alcohol and blood-drug testing at the state toxicology lab.

The Use Of Experts in Colorado DUI Cases

When blood tests are admitted Colorado district attorneys often call experts on what is called “retrograde extrapolation” to explain the estimated amount of alcohol in a defendant’s blood system at the time of driving. The formulas applied by the experts are alleged to take into account

when the suspect’s drinking started and ended, the absorptive interval of time for the alcohol, and when the person last ate. This explains why police ask these questions are posed early on in DUI investigation.

Retrograde extrapolation theory then extrapolates backward in time from the BAC estimation to the time of driving allegedly accounting for the full ingestion and absorption of alcohol.

When attacking the theories involved the experienced Colorado criminal defense lawyer questions whether it is scientifically possible within a degree of reasonably certainty to ascertain even an estimate of a suspected DUI driver’s true blood alcohol level at the time of the offense.

Urine contains about 1.3 times as much alcohol as blood, however urinalysis tests are impacted by a number of bladder conditions. If alcohol is consumed by a suspected DUI driver who has a full bladder the urinalysis test produces a false negative that is an inaccurate estimate. On the other hand if the person consumed alcohol with an empty bladder and had not voided that bladder, the test produces a false positive.

Most of the time urinalysis tests are unfavorable to a defendant as higher concentrations of alcohol in urine will occur over a longer period of time than in blood samples.

One of three (3) laboratory methods are used:

Breath tests are the most commonly used way of estimating a suspects alcohol intoxication. Digital displays and printed readouts calculated in terms of BAC per the built-in 1 to 2,100 ratio, occur in minutes as opposed to long waits for laboratory reports. There is a relatively short “chain of evidence”minimum operator skill requirements, low cost, and little invasiveness of the human body.

Police officers used to explain the procedures surrounding breath testing they have little training and are at a distinct disadvantage when a defense attorney asks probing questions about the digestive tract and respiratory systems.

There are actually three (3) different types of breath testing instruments:

These devices are intended only to be used for preliminary purposes only, as screening devices along with an officer’s other observations on the scene of the investigation. They are not admissible in court on the critical issue of intoxication. Taking the PBT like all roadside tests , is voluntary! Roadside tests can be refused and that refusal cannot be communicated to the jury at trial .

Errors in the use of breath testing machines is due to operator and or equipment failure.

Common Attacks On The Evidence In A DUI Case

he following is a short list of the most commonly seen DUI defenses:

ABOUT THE AUTHOR: H. Michael Steinberg Email The Author A Denver Colorado DUI Criminal Defense Lawyer or call his office at 303-627-7777 during business hours or call his cell if you need his immediate assistance 720-220-2277. Ask him about Understanding Colorado DUI Alcohol Intoxication Testing.

If you are charged with A Colorado crime or you have questions about [shoplifting or grand theft], please call our office. The Law Offices of H. Michael Steinberg, in Denver, Colorado, provide criminal defense clients with effective, efficient, intelligent and strong legal advocacy. We can educate you and help you navigate the stressful and complex legal process related to your criminal defense issue.

About The Author: H. Michael Steinberg Email The Author. A Denver Colorado Drug Crimes Sex Crimes Theft Crimes DUI Probation Violation Juvenile Crimes Criminal Defense Lawyer or call his office at 303-627-7777 during business hours or call his cell if you need his immediate assistance 720-220-2277. Ask him about

If you are charged with A Colorado crime or you have questions about Understanding Colorado DUI Alcohol Intoxication Testing, please call our office. The Law Offices of H. Michael Steinberg, in Denver, Colorado, provide criminal defense clients with effective, efficient, intelligent and strong legal advocacy. We can educate you and help you navigate the stressful and complex legal process related to your criminal defense issue.

H. Michael Steinberg, is a Denver, Colorado criminal defense lawyer with over 30 years of day to day courtroom experience specializing in Colorado Criminal Law along the Front Range. He will provide you with a free initial case consultation to evaluate your legal issues and to answer your questions with an honest assessment of your options. Remember, it costs NOTHING to discuss your case. Call now for an immediate free phone consultation.