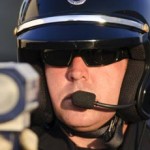 Colorado Traffic Ticket Defense Lawyers will tell you that while a traffic ticket may take the form of a citation or summons that is issued to a person who has violated a motor vehicle law and is issued by a police officer or other authorized representative, the need to appear in court before a judge is paramount and should not be ignored.

While not requiring bail the failure to take a ticket seriously after being issued the citation or summons, will result in an arrest and booking in the jail for a FAILURE TO APPEAR. AT THAT POINT the person accused of violating a traffic law who could have remained free, now has a criminal history and is compelled to post a bond.

The “Classes” of Colorado Traffic Laws How Are They Categorized? Colorado Petty Offenses

Colorado Petty Offenses-a petty offense is a sub-group of misdemeanor.

They typically are heard in a magistrate’s court in a summary proceeding on the date of the first appearance. Unless there is a possibility of jail the accused may be denied the right to a jury trial without violation of constitutional rights.

Defendants charged with Petty offenses while still charged with crimes are provided the least number of state law and constitutional protections, felonies have the most numerous protections built into the prosecution by the court system.

Typically a traffic ticket is a petty offense or an infraction. It is usually punished with the imposition of a fine.

A violation of a misdemeanor law can result in the imposition of punishment that is greater than that of a petty offense, but not as severe as a felony.

Compare Felonies a felony crime can result in imposition of greater punishment, such as jail sentence greater than one year, or a fine exceeding $1,000. Colorado has 6 classes of felonies. The class of a felony crime is important because the level and nature of the punishments varies with the severity Class 1 as the most severe Class 6 the least severe.

These offenses have been decriminalized — that means they are now civil and jail is no longer possible. Previously they were criminal charges for which a defendant could request a jury trial. But budge constraints in the 1980’s forced county courts across Colorado to decriminalize them.. making them civil in nature. Jury trials were no longer available in trials for speeding tickets or other minor violations.

Traffic Infractions What Happens I Refuse To Sign The Traffic Ticket?

Not a good idea. Some Colorado charges permit the officer to issue a traffic ticket or to arrest you.

By signing the ticket, you are providing an acknowledgment of receipt of the notice to appear. Since the officer is charging you with a violation of law, he could take you into custody. By signing the traffic ticket, you avoid being taken into custody at that time, and are released on your own recognizance pending the court date.

It is better to sign the traffic ticket and go about your business pending the court date. By signing the traffic ticket, you remain free and retain the right to show up at the hearing to contest the issuance of the citation or summons.

A person is free to refuse to sign the traffic ticket however the police officer is free to place him/her under arrest and take him/her into custody.

Traffic tickets can have serious consequences. While most traffic tickets are just “violations” under Colorado law, many people don’t understand that some traffic tickets are actually criminal charges. Aggravated Unlicensed Operation of a Vehicle is a crime in New York and it Driving Under Suspension can happen just by driving when you knew (or had reason to know) that your license was suspended.

A suspension can happen when you have several minor tickets or just one very serious ticket. Many motorists get suspended simply because they fail to respond to the ticket and don’t know what to do when it becomes a problem years later. Some people try to move away from their problems and soon find out that CO can prevent you from getting a license in other states as well.

That’s why these matters must be handled in a timely and professional manner. Your attorney can help take care of traffic tickets, even if you live outside Colorado State.

If you have received a traffic ticket you have the constitutional right to defend yourself and confront the witnesses against you. Why hire a lawyer to fight a traffic ticket? Because if you are convicted, you will pay fines, you may have points put on your license, you may face suspension or even revocation of your license, not to mention increased payments to your auto insurance company. And besides, most jobs don’t prepare you to cross-examine a police officer. That is something best left to someone who knows the rules of the game- your attorney. An experienced traffic attorney can help even the odds against you.

Defending yourself in Traffic Court can be complicated, but don’t plead guilty by mail! Often we can help get the ticket reduced or perhaps dismissed. We fight tickets all across the Front Range. Each court is different. In some cases we can work out an arrangement with the prosecutor to reduce the charges and some cases, you don’t even have to come to court.

Your freedom is too precious to entrust to someone with less experience.

If you have questions about Colorado Traffic Ticket Defense Lawyers in the Denver metropolitan area and throughout Colorado, attorney H. Michael Steinberg will be pleased to answer those questions and will provide quality legal representation to those charged in Colorado with adult and juvenile criminal matters as regards .Colorado Traffic Ticket Defense Lawyers.