A Lawyer With A 38+ Year Proven Track Record Exclusively Practicing Only Colorado Criminal Law - Defending Your Future
Contact Us Now For a Free Consultation
Home
Articles
Plea Bargaining Issues
Should I go to Trial or Should I Take a Plea Bargain? - the Trial Tax Penalty in Colorado

Should I go to Trial or Should I Take a Plea Bargain? - the Trial Tax Penalty in Colorado 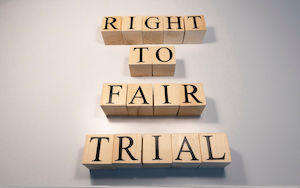 The integrity of the criminal justice system is founded in the Sixth Amendment, the right to trial by jury. John Adams stated that "[r]epresentative government and trial by jury are the heart and lungs of liberty."

The right to trial by jury protects the liberties of all of us, not just the person charged with in the single case. The trial penalty or trial "tax" has corrupted the criminal justice system all across the country.

The Highest Burden of Proof in the World

The presumption of innocence is protected by the highest burden of proof in the world, proof of the alleged guilt of the accused must be presented "beyond a reasonable doubt." That burden of proof on the Government is the foundation of the promise of a fair trial created by the Framers of the Constitution.

As the United States Supreme Court recently reminded this country, in the much studied case of Lafler v. Cooper, today's criminal justice system is "...for the most part a system of pleas, not a system of trials."

Often Called a Trial "Tax" - What is the Trial Penalty Exactly?

A trial penalty, or trial "tax" is the substantially longer sentence that a Defendant can receive if he or she decides to reject all plea bargaining, and exercise his/her right to a public trial. A recent report by the National Association of Criminal Defense Lawyers defined the "trial penalty" as "a significantly harsher sentence routinely imposed on defendants who elect to exercise their constitutional right to a trial by a jury of their peers."

In today's criminal justice system, criminal defense lawyers negotiate ~ 95% of all cases to settlement; referred to as a plea bargain. When all sides agree, a plea bargain is most often the right decision given the risks of a conviction. Alternatively, there are also cases where a plea bargain is not possible, and/or the Defendant wants their day in court.

The decision to fight a case - taking that case to trial and being found guilty - rather than pleading guilty, should never result in a sentence that is exponentially higher than a sentence that has been negotiated.

The Trial Penalty - an Example

The trial penalty is, again, the threat of an exponentially greater post-trial sentence when that sentence is compared to the pre-trial "plea bargain" offer.

Consider, for example, a first-time Defendant accused of the possession of a controlled substance with the intent to distribute (selling drugs) and conspiracy. The Defendant is offered a plea bargain of pleading guilty to a lesser felony with two years probation and no jail. However, not only is the case weak, this Defendant is not guilty of the crime. He chooses to take the case to trial.

In the conservative jurisdiction in which the case is tried, he is convicted on the weakest of evidence. The original charges bring a mandatory sentence of a minimum 10 years on the drug count and another 5 years on the conspiracy count.

The trial tax "differential" in this case is an 8 year sentence to prison - a terrible result for having the audacity to exercise the individual's constitutional right to force the Government to prove their case. Using the very real threat of a massive increase in punishment to induce the critical concession of the right to a public trial by jury, the right to challenge the government's case such as a challenge a poor investigation, or inconsistencies in the evidence, or unlawfully seized evidence...is at the heart of the trial "tax".

The Solution to the Trial Penalty "Tax"

The most obvious solution to the trial tax is to reduce the power of the prosecutor to threaten an unjust sentence if the Defendant rejects a plea agreement and takes a case to trial. Legislatures must end mandatory sentences upon convictions for certain crimes and return discretion in sentencing to the Judges who preside in our criminal courts.

If the threat of a mandatory sentence is taken off the table the District Attorney no longer can play the terrible card of the trial tax. The Defendant is free to exercise his or her right to a trial by jury, and then face sentencing by a Judge who, having the full panoply of options to sentence and having heard the actual evidence during a trial, is free to impose a fair and just sentence.

Removing mandatory sentencing also would give Colorado Judges the right to revisit sentences to readdress disparities between Defendants, or where new evidence or other mitigating circumstances have come to light. Sometimes a less emotional and more objective "second look," the ability to review a sentence after a period of time in Colorado is called a Rule 35 (b) Motion.

The Worst of all Outcomes - When the Innocent Plead Guilty

Current laws sometimes force the innocent to plead guilty to crimes they did not commit to avoid the tax penalty - a much longer sentence if convicted after a trial. The cynicism coupled with the power placed into the hands of our state's prosecutors of some District Attorneys has resulted in the ultimate tragedy - innocent defendants who plead guilty rather than face the uncertainty of our biased criminal justice system.

Making a weak case stronger by adding the threat of habitual criminal charges or, as argued above, relying on mandatory sentencing laws built into some crimes, has resulted in this most extreme of injustices, the innocent who are compelled to take plea bargains rather than face the uncertainties of a criminal jury trial.

Clearly, there is no such thing as a perfect criminal justice system. There never will be a system capable of exercising complete fairness. However, that is a far cry from the strong-arm tactics used by Colorado and other State and Federal prosecutors to compel plea bargains in their criminal case loads.

The Constitutional right to trial should be sacrosanct as the Framers intended and the risks of taking a case to trial should not so outweigh the exercise of that right that even the innocent feel it necessary to "take the plea" rather than face an incomprehensible sentence should they be found guilty.

H. Michael Steinberg has been a Colorado criminal law specialist attorney for over 38 years. For the First 13 years of his career, H. Michael was an Arapahoe - Douglas County Colorado District Attorney Senior prosecutor. In 1999, 21 years ago (as of 2020), he formed his own law firm for the defense of Colorado criminal cases. He is ready and able to take your case. Please call his firm if you so desire.