A Lawyer With a 35+ Year Proven Track Record in Exclusively Colorado Criminal Cases Defending Your Future
Contact Us Now For a Free Consultation
Home
Articles
Arrest, Search & Seizure Laws
Searches at the Time of an Arrest

Searches at the Time of an Arrest 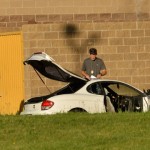 Colorado Arrests Searches At The Time of An Arrest is a question raised by my clients over and over. How far can they search when they arrest me? Can they rummage through my car if I am in handcuffs?

A path breaking recent decision of the United States Supreme Court Arizona v Gant changed the answer to this question in a very dramatic way.

First the Basics of the Fourth Amendment

The Fourth Amendment applies when:

The new case was Arizona v. Gant but before discussing the Gant decision let’s look at the standard answer to the question that existed for decades…. The old law New York v. Belton and Thornton v. Unites States.

In New York v. Belton, (1981) The Supreme Court held that incident to an arrest in a vehicle, the police may search entire passenger area of the car and all packages in that area even if the car’s occupants have been removed from the car, so long as the occupants have been lawfully arrested and the search is contemporaneous with the arrest and in.

Thornton v. United States,(2004) In an even more recent case the Supreme Court held that incident to an arrest, the police may search a vehicle’s passenger compartment even when the officer does not make contact until the person has already left the vehicle, if the person was a “recent occupant .” The concerns of officer safety and evidence destruction are identical whether the suspect

In Gant, the Supreme Court held that the police may search the passenger compartment of a car incident to a recent occupant’s arrest only if it “is reasonable to believe” that the arrestee might access the car at the time of the search or that the car contains evidence of the offense of arrest.

What Was Gant About?

Gant was arrested for driving on a suspended license. He was handcuffed and secured in squad car at the time that officers searched his car. They found cocaine. The Supreme Court focused on the fact that since a search incident to arrest (which is an exception to the Fourth Amendment’s warrant requirement) derives from interests of officer safety and preservation of evidence that are implicated in arrest situations.

Police may search a vehicle incident to a recent occupant’s arrest only when:

As a result of the Gant case Police officers may not search a vehicle incident to arrest for a crime that would not yield evidence in the passenger compartment of the vehicle.

Whether or not a suspect is a “recent occupant” will depend on the time and space in the situation that is “the suspect’s temporal and spatial relationship to the vehicle.”

When there is no vehicle is involved, then the area that may be searched pursuant to this exception is limited to the reaching distance, or area in the immediate control, of the suspect.

Colorado Addressed This Question In The Recent Decision of People v. Marshall (2012)

In the Marshal case- the Colorado Supreme Court reversed the lower trial court’s order suppressing contraband obtained during the search of defendant’s backpack, finding that a search of a container on or near the defendant incident to his lawful arrest was lawful.

The Colorado Supreme Court found that the Gant decision does not apply to a backpack at the feet of a suspect who has been lawfully arrested. They found that Gant did not modify the well-established rule regarding searches incident to a lawful arrest, and that the trial court made an error by suppressing the evidence found in the backpack.

During the lawful arrest of Marshall on indecent exposure charges the officer handcuffing Marshall, searched him and found a baggie of marijuana and two cell phones in his right front pants pocket. The officer then placed Marshall in the back of the squad car. While one officer placed Marshall in the police car, the other officer opened Marshall’s backpack and smelled marijuana. That officer found six individual bags of marijuana weighing 7.4 grams total, an assortment of prescription pills, and a digital scale.

Marshall was then charged with possession with intent to manufacture or distribute marijuana, possession of a schedule-three controlled substance, and five habitual criminal count

“A person, under full custodial arrest based on probable cause, loses his expectation of privacy under the Fourth Amendment as to those items on his person at the time of his arrest.”

“In contrast to the search of a vehicle, the arrest of a person necessarily involves greater officer safety concerns because, unlike items in the compartment of a vehicle, the arrested individual might still be able to access those items on his person even after arrest. Similarly, because the items remain in close proximity to an arrested individual, he might still be able to access that evidence.”

Colorado Arrests Searches at the Time of an Arrest

H. Michael Steinberg has been a Colorado criminal law specialist attorney for 30 years (as of 2012). For the first 13 years of his career, he was an Arapahoe Douglas County District Attorney Senior prosecutor. In 1999 he formed his own law firm for the defense of Colorado criminal cases.