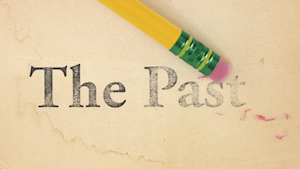 Within the last year (2019 - 2020), a new Colorado law was enacted regarding the requirements for sealing criminal records. This law substantially altered the way in which the Colorado Judicial System approaches sealing criminal and civil records.

Colorado does not have an expungement law for adults. It is a less complete process called sealing of a criminal record. Under Colorado law sealing a record means the criminal history is only hidden from public view. Although a sealed criminal no longer comes up on background checks and has many benefits that will greatly improve one’s future, it is not invisible as would be an expungement.

Below, you find important distinctions between Expungement and Sealing records, the requirements to seal a criminal record, the steps required to do so, and important considerations that result from this new change, this great improvement to the existing law.

Expungement vs Sealing: What Is the Difference?

Under Colorado law sealing and expungement are separate legal procedures but the terms are unfortunately confused and used interchangeably.

The process of sealing a record, whether criminal or civil, involves a Petitioner asking a Court to seal their record to prevent the public from accessing the record. After one has sealed his or her records, the record still exists but it is only available to very limited seekers of that record such as law enforcement. A Petitioner who successfully seals their criminal record does not have to disclose that criminal record to the public and it is hidden from nearly every person or entity seeking access to that record for example in an employment application.

The most important point here is when a criminal record can be sealed from the general public, the Petitioner’s criminal record is still visible to individuals in the criminal justice system and in other limited instances such as those seeking teaching or other child care applications).

In contrast, expungement is a legal procedure in which a Petitioner asks the Court to completely "delete" the record as if the record had never existed.

Expungement is available to:

Overview: What Circumstances Permit You To Seal A Criminal Record?

On May 29 of 2019 Governor Polis signed Colorado House Bill 19-1275 into law. House Bill 19-1275 allows for a Petitioner (previously as Defendant) to seal their criminal record. While rhe law is complex, there are three distinct scenarios that can be identified - covered in this new law:

Arrest Records - What Are the Requirements to Seal an Arrest on a Criminal Record?

Under Category 1 - (Colorado HB 19-1275), there are three situations in which a Petitioner can successfully seal his or her criminal record.

Category 1 - The Petition Process For The Sealing Of Arrest Records Where No Charges Were Ever Filed. (CRS 24-72-704)

Petitioners file predrafted (available online) forms that request to seal the record The forms include a listing of each organization (custodian) that maintains a copy of the criminal record. This listing must accurately identify the records that the Petitioner wishes to seal.

After filing the petition with the Court, the presiding Judge will determine if the petition is "sufficient on its face" (valid). If the Judge determines the petition is valid the the Judge will set a date for a hearing. This hearing will be set at a minimum of 35 days from the date of this ruling. The Judge’s clerk then notifies the arresting agency, the prosecuting attorney and anyone else identified by Petitioner who was involved in the case.

If the prosecuting attorney does not object to sealing the Petitioner’s criminal record at least seven days prior to the hearing, the Judge vacates (cancels) the hearing and orders that the records be sealed.

On the other hand, if the prosecuting attorney does object to sealing the record and further provides a sufficient factual basis to reject the petition, then the Judge may conduct a hearing and then deny the petition. If the Judge does so, he or she must specify the reasons why petition was rejected.

Category 2 - The Petition Process For The Sealing of Criminal Justice Records Other than Convictions (CRS 24-72-705);

Category 2 addresses the requirements necessary to seal a criminal record when charges were filed?

A Petitioner may seal their record in the following scenarios:

Distinct from the process above, a Petitioner may make a motion to seal at any time after the Petitioners case is dismissed. The Petitioner need only file the motion which gives notice to the prosecuting attorney.

After Petitioner has filed this motion, the Court must "promptly process the defendants request to seal the criminal justice records within the criminal case" . . . "without [need] for any further evidence of the dismissal or acquittal." 24-72-705(c).

Petitioner must pay the Court a fee of $65.00 to the Court when the petition is filed in order to complete this process to seal the records.

Category 3 addresses the most difficult cases to seal - the procedures to attempt to seal a criminal conviction are outlined as follows:

In addition to Categories 1 and 2 above, Colorado House Bill 19-1275 added a third category which greatly expanded the number and kind of criminal convictions that are eligible to be sealed. The law creates a new but considerably more simplified procedure wherein the Petitioner must complete the following several steps.

The Petitioner must wait for the statutorily required period to run on the conviction that the Petitioner seeks to seal (see chart below). The amount of time the Petitioner has to wait varies by type of offense committed. A Petitioner may only file a petition to seal their criminal record once for every twelve month period.

Consequently, if a Petitioner is unable to successfully seal, the Petition has been denied for some reason, they must wait twelve months until they may petition the Court again.

The only felony convictions that may be sealed are:

As discussed in the previous section, felony convictions for sex crimes, DUIs, and domestic violence are never sealable in Colorado. But any felony that gets dismissed -- meaning there is no conviction -- can be sealed.

Excluded From The Law:

The Petitioner must not commit a crime or violate probation during the required statutory period.

Impact of The Victim’s Rights Act

The crime sought to be sealed cannot be a crime listed in the Victims Rights Act (VRA).

The VRA was passed to protect victims of violent crimes which includes, but is not limited to Murder, Sexual Assault, Vehicular Manslaughter and Domestic Violence. For further reading go https://www.colorado.gov/pacific/dcj/victim-rights

What Are The Victims' Rights Under The New Sealing Law?

The victim of a crime may still obtain copies of documents in sealed case and may also obtain copies of polices reports or any protection orders if the victim demonstrates a need for reports for a lawful purpose.

What are The Public’s Rights Under The New Sealing Law?

How Do You Download The Proper Forms And Instructions?

Links to the specific Colorado Judicial forms to seal your record are found here:

Criminal History Records Which Did Not Result in a Conviction

https://www.courts.state.co.us/Forms/Forms_List.cfm?Form_Type_ID=34 Criminal History Records Which Did Result In A Conviction