A Lawyer With A 38+ Year Proven Track Record Exclusively Practicing Only Colorado Criminal Law - Defending Your Future
Contact Us Now For a Free Consultation
Home
Articles
More Trial Tactics and Defenses
How far Does it go? What Happens When the Police Make Promises?

How far Does it go? What Happens When the Police Make Promises? 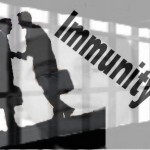 Colorado witness immunity issues are complex. To understand witness immunity and the interaction between the authority of a prosecutor or attorney general to “grant” immunity to a witness or even a target of an investigation requires a close look and analysis of both a statute 13-90-118 and cases interpreting that Colorado law.

Colorado’s witness immunity law seems very clear on its face but the application of the law in practice is complex.

The prosecutors of course... Quoting from 13-90-118 the law [a] district attorney, attorney general, or special prosecutor of the state of Colorado may request an order as specified in subsection (2) of this section when in his or her judgment the testimony or other information from such individual may be necessary to the public interest..

Therefore a judge may NOT unilaterally grant immunity judges possess no inherent power to grant immunity under the law and MAY NOT confer a grant of immunity EXCEPT upon request of prosecuting attorney. This law vests the office of the prosecutor with sole discretionary authority to apply its provisions to any witness.

The question remains can other individuals in law enforcement like the police detective questioning the suspect and making promises grant immunity without the knowledge or the permission of the DA, AG, or Special Prosecutor?

What Happens When the Police Make Promises?

While it is clear that 13-90-118 authorizes a district attorney, attorney general, or special prosecutor to request a district court judge for an order granting a person use immunity in exchange for the person’s testimony in a judicial proceeding. This law is not the only source for enforcing a governmental promise of immunity . Colorado prosecutors may be bound by a promise of immunity made to a defendant by a governmental agent possessing the apparent authority to bind the government.

The Apparent Authority to Make Promises

For the tests to see whether or not a police promise is enforceable by the target / witness of an investigation we turn to a recent 2005 case ( Hopp & Flesch v. Backstreet) for a relatively recent summary of those tests.

To assess whether a person accused of criminal conduct may enforce an offer of immunity by an official not listed in 13-90-118, three inquiries must be made:

Another Colorado case makes this rule even clearer “Police officers possess the necessary apparent authority to make promises of immunity which bind his principal, the government. People v. Manning, 672 P.2d 499 (Colo. 1983). But a citizen may not grant another citizen transactional immunity from prosecution.

Restated the factors necessary to prove the existence and extent of a defendant’s right to enforcement of a governmental promise are:

Warning: It still makes sense notwithstanding the doctrine of apparent authority to negotiate only with the state of Colorado prosecutor and no one else.

In the Manning case the police officer said this: A detective in a high profile murder case desperate to make progress in the case said this without reading the Miranda warnings to the clear target of the murder investigation: “I am going to interview you as a witness in this thing. Because I am not going to advise you of your rights, they cannot prosecute you for this.”

The Colorado Supreme Court analyzed the case as follows:

We believe there are at least three possible interpretationsof Bailey’s statements to the defendant:

“We are satisfied that under the particular circumstances of this case, the. statements of Bailey can most reasonably and plausibly be interpreted as a promise not to prosecute Manning for any crimes that she might admit in the course of her interview.”

As for the Apparent Authority of the Police Officer?

As an agent, the officer was “capable of implicating Manning’s constitutional rights by any promise or commitment that he made.”

“Any result to the contrary would be unsound from both a legal and a practical standpoint. If police officers were free to make promises to actual or potential defendants, knowing that the government could, without consequence, deny or disaffirm those commitments, the temptation would be great to use unauthorized promises as a device for extracting confessions.”

The Fifth Amendment of the U.S. Constitution guarantees that no person “shall be compelled in any criminal case to be a witness against himself.” U.S. Const. amends. V, XIV, § 1;

In addition to protecting a person from being required to testify against herself in a criminal trial, the Fifth Amendment privilege against self-incrimination also allows her to refuse to answer questions in any type of proceeding where his or her answers might incriminate her in later criminal proceedings.

The privilege is not automatically invoked, meaning if one “desires the protection of the privilege, he must claim it or he will not be considered to have been ‘compelled’ within the meaning of the Amendment.”

The struggle then is between the State’s power to issue a subpoena and to compel your testimony in a trial or other court hearing and your right to avoid self-incrimination. The balance is struck in this law 13-90-118. So if you invoke the “5th” the prosecutor has the authority to and can compel your testimony under the Colorado Immunity Law.

“Use immunity,” on the other hand, is a grant with limitations. Rather than barring a subsequent related prosecution, it acts to suppress, in any such prosecution, the witness’ testimony and evidence derived directly or indirectly from that testimony. The term “use immunity” refers to a witness’s protection from the government’s use of the witness’s testimony, or any information derived from it, in any later criminal prosecution against the witness.

Colorado’s statute since 1983 Confers Only Use Immunity Colorado Witness Immunity: Other Evidence”- A Trap for the Unwary

Use Immunity has it’s problems. Evidence obtained “wholly independently” of testimony that has been immunized pursuant to an official grant of use immunity MAY serve as a basis for prosecuting the witness. Colorado case law takes the expansive view that even the indirect use of immunized testimony to prepare other possible witnesses or to formulate a strategy in prosecuting the immunized witness may constitute a violation of 13-90-118.

All statements to the defendant, both written and oral, along with evidence regarding the circumstances surrounding those statements are considered by the trial court in enforcing the intent of the parties which position vindicates the defendant’s right to be treated fairly by the government.

What if the Immunized Witness Still Refuses to Testify?

Refusal to testify after receiving immunity is deemed “contempt of court.” Therefore, a witness who, despite receiving immunity, persists before a trial court judge in refusing on fifth amendment grounds to supply grand jury testimony for example or to otherwise cooperate and tesitfy, commits contempt and may be punished summarily.

It is well settled that immunity agreements between the government and a private citizen are enforceable in criminal proceedings whether they concern agreements not to use statements taken from a suspect (use immunity) or agreements not to prosecute (transactional immunity).

“Agreements of this nature are enforced not because of the self-incrimination clause but because the due process clause requires prosecutors to scrupulously adhere to commitments made to suspects in which they induce the suspects to surrender their constitutional rights in exchange for the suspects giving evidence that the government needs against others which simultaneously implicates themselves.”

“Any agreement made by the government must be scrupulously performed and kept.” And where a “promise of immunity induces a defendant to cooperate with the government to his detriment, due process requires that the prosecutor’s promise be fulfilled.”

My recommendation? Get it in writing! Any immunity agreement should be written achieving a particular level of formality and specificity which carefully memorializes in writing what is critically important…. the exact nature of the deal.

While Colorado law has held that any ambiguity in a written agreement is resolved in favor of the defendant as long as there is a reasonable foundation in the document itself and in the circumstances surrounding its execution, the better course of action is a specific agreement.

When a defendant has acts with reasonable and detrimental reliance on a governmental promise involving a grant of immunity, the government must be stopped from going back on its promise.

Also the use of This Law BARS All Jurisdictions

Immunity granted under 13-90-118 is “universal” and precludes all jurisdictions, state and federal, from using the defendant’s testimony in subsequent prosecutions against him or her.