A Lawyer With A 38+ Year Proven Track Record Exclusively Practicing Only Colorado Criminal Law - Defending Your Future
Contact Us Now For a Free Consultation
Home
Articles
Arrest, Search & Seizure Laws
How do the Police Justify a Plain View Seizure of Evidence in the Investigation of a Domestic Violence Case 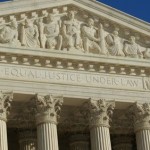 This topic of Colorado criminal law arises often. When the police are called to investigate what appears to be domestic violence they will enter the location of the alleged acts and while there they often “see” contraband such as illegal controlled substances in “Plain View.”

This article addresses the legal issues surrounding the seizure of that evidence and the prosecution of criminal charges based on evidence seized under the plain view doctrine.

The rule of law known as the “plain view doctrine” allows the seizure of contraband, fruits of a crime, mere evidence as well as other things illegal to possess WITHOUT A WARRANT when a police officer is lawfully upon the premises.

A Closer Analysis of the Plain View Law in Colorado

One starts with the law that all warrantless searches and seizures are considered “presumptively invalid ” under the Fourth Amendment to the U.S. Constitution and article II, section 7 of the Colorado Constitution UNLESS the search and seizure is “justified by an established exception to the warrant requirement.”

If the police are in a place where they have the right to be ” a well defined exception” to the requirement for a warrant is known as the plain view doctrine. In the vernacular this rule provides that the “police are not required to close their eyes to any evidence that they plainly see while conducting otherwise legitimate searches.”

The Plain View Rule Broken Down

The police may seize, without a warrant, evidence that is plainly visible, as long as:

Prong one are the Police Where They Have a Right to be?

If probable cause and “exigent” (emergency) circumstances exist that is the law permits a police officer’s presence based upon the existence of an emergency, then first requirement Prong One of the plain view doctrine is satisfied.

Prong Two Does Probable Cause Exists To Seize Evidence of a Crime?

Here if the police have probable cause to believe evidence in plain view is incriminating, and the incriminating nature is immediately apparent to the seizing officer they may seize it and use it to prosecute criminal charges and Prong Two is satisfied.

A recent Colorado case People v. Gothard decided by the Colorado Supreme Court on June 9, 2008 demonstrates how this rule works in real life.

On August 2, 2007, an Adams County Sheriff’s Deputy was dispatched to the Valli Hi Motel after a call from an unknown person indicated that some “funny stuff” was going on at the motel.

The officer walked around the motel and heard an argument erupt inside room 201. He could hear one male and one female voice as he listened from outside the door. The argument grew progressively louder until he heard the two screaming and shouting at each other.

He then questioned her about the fight he heard “to determine whether it had become physical.”

While he was talking to the woman, the officer observed a ziploc baggie with a clear crystal substance, which appeared to be and was methamphetamine, on a nightstand about six or seven feet away.

After determining this was NOT domestic violence and completing his investigation he found a warrant for the woman and arrested her on the warrant. Later he found and seized some drug paraphernalia that was inside the closed nightstand drawer.

While in the police car on the way to the jail Gothard (the woman in the story) admitted the drugs were her drugs and that she had just purchased the methamphetamine from a couple in room 103. She was charged with possession of one gram or less of a schedule II controlled substance.

What We Learn From This Case The Plain View In Colorado

In this case the Colorado Supreme Court found that the officer’s entry into the motel room to investigate suspected domestic violence were the kind of emergency or ” exigent circumstances” that authorized entry without the need for a warrant.

Building on that finding the subsequent ” sweep of the room and bathroom” was considered legally “prudent under the circumstances” surrounding the contact with the parties engaged in the argument in the room whom the officer believed were involved in an act of domestic violence.

The baggie of methamphetamine had been in plain view on the nightstand was therefore legally seized.

The plain view doctrine is only an exception to warrantless seizures of evidence.

If an article is already in plain view, neither its observation nor its seizure would invoke any invasion of privacy.”

Therefore observation and seizure of an item that is illegal to possess does not implicate concerns of a Fourth Amendment “search.”

About The Author: H. Michael Steinberg Email The Author hmichaelsteinberg@hmichaelsteinberg.com. If you have questions about the Colorado Plain View Law, please call our office. The Law Offices of H. Michael Steinberg, in Denver, Colorado, provide criminal defense clients with effective, efficient, intelligent and strong legal advocacy. We can educate you and help you navigate the stressful and complex legal process related to your criminal defense issue.

H. Michael Steinberg, is a Denver, Colorado criminal defense lawyer with over 38 years of day to day courtroom experience specializing only in Colorado Criminal Law along the Front Range. He will provide you with a free initial case consultation to evaluate your legal issues and to answer your questions with an honest assessment of your options. Remember, it costs NOTHING to discuss your case. So call now for an immediate free phone consultation.