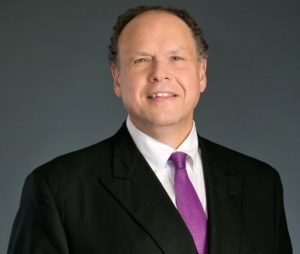 There is No Substitute for Over 38 Years in the Courtrooms of the Denver, Colorado Metropolitan Area and the Front Range

(**13 of those years as a Senior Career Felony Prosecutor in Arapahoe and Douglas Counties, Colorado. The State of Colorado’s Second Largest Judicial District.)

All lawyers know in their hearts (whatever they may tell you) that there has never been, nor will there ever be, a substitute for time in the courtroom and the seasoning that comes with long years of day to day warfare in the trenches of the courthouse H. Michael Steinberg.

Before entering law school throughout college and after H. Michael volunteered to represent the indigent and the poor for Legal Aid and Legal Services Corporation Agencies across the United States on both coasts and in the middle west in he states of Massachusetts, Oregon and Illinois. The latter was a one year assignment as a paralegal for VISTA PEACECORPS in the late 1970’s.

In Law School at the University of Oregon School of Law H. Michael interned and worked as a Law Student Prosecutor for the United States Department of Justice his second year of law school. In his third year of law school at the Lane County Oregon (Eugene) Office of the District Attorney he set a record for trying more cases than any other intern for that large metropolitan office.

As a former career district attorney for over twelve years, Mr. Steinberg has handled several thousand serious felony cases and countless misdemeanor and traffic cases. He has taken dozens of jury trials to verdict and has argued hundreds of contested adversarial hearings while actively engaged in the practice of trial and appellate law in the Denver Area area for the last twenty six years.

Trial Lawyer: 13 years as a Senior Deputy District Attorney Followed By The Founding Of His Law Firm And An Additional 13 Years As A Colorado Criminal Defense Lawyer.

Among the Trials Prosecuted

By Mr. Steinberg have been several high profile Colorado Cases as well as multiple cases of first and second degree murder, rape, all domestic violence cases, kidnapping, aggravated robbery, strong arm robbery, first, second and third degree burglary, all sex crimes including crimes against children, child abuse resulting in death, criminally negligent homicide, domestic violence, securities fraud and all forms of white collar crimes, including crimes against the elderly and other “at risk” victims, arson, insurance fraud and, many, many other types of cases. Adjunct Professor

Mr. Steinberg stays up to date with the ever changing area of criminal law for many years he has been an instructor at the Community College of Aurora. He also writes a weekly (sometimes daily) Blog Colorado Cirminal Defense Law Blog He also writes for and maintains several websites on almost every subject of Colorado criminal law.

Mr. Steinberg also has taught law enforcement officers and cadets at sheriff and police academies along the front range…among them the Colorado Sheriffs Training Institute , and the Arapahoe County Sheriff’s Training Academy as well as the retraining of the security forces at Rocky Flats -(which involves the retooling of the armed and unarmed uniformed protective force involved in the physical protection of the DOE/Rocky Flats ETS property site).

Among the courses he regularly teaches are Constitutional Law emphasis on all aspects of search and seizure law, Juvenile Law, Torts and Personal Injury Law, Evidence, Criminal Law and Procedure, Criminology, Use of Force, Courtroom Testimony and Courtroom trial work (how to testify), the civil liability of police officers and several other courses relating to law enforcement issues. Appellate Lawyer

Mr. Steinberg’s experience also includes an extensive foundation in appellate work. As a former Special Assistant Attorney General for the State of Colorado, Criminal Enforcement Section, he has pursued several complex appeals in the Colorado Court of Appeals and in the Colorado Supreme Court on behalf of the the State. Several of those cases have made new law in the state. He now brings that appellate experience to bear on behalf of his clients Many of Mr. Steinberg’s cases have been published by the Colorado Court of Appeal and the Colorado Supreme Court. Three of those case follow:

After retiring from the Arapahoe County District Attorney’s Office in 1997 after 13 years, and before opening his own law firm, Mr. Steinberg associated with the prestigious Denver Firms of Burg, Simpson, Eldredge Hersh and Houliston P.C and Walberg, Dagner and Tucker P.C. practicing in the area of complex civil litigation and representing both plaintiffs and insurance defense clients. He has practiced in such legally complex areas as products liability law, medical malpractice defense, insurance defense law, construction law, employment law, personal injury, computer, internet and environmental law.

Mr. Steinberg is known for lengthy and thorough pretrial challenges, motions, trial preparation, trial strategy, juror selection, and every aspect of trial law. He has over 38 years experience in the utilization of advanced technology including state-of-the-art computer hardware and software for legal research and writing and case management and the use of a high speed cable access link to the internet for expansive fact and medical research. He built this website and three others like it and is fascinated by the use of technology and its application to Criminal Defense Law and Procedure.

Mr. Steinberg’s strong interest and use of the these technologies greatly enhances the successful representation of his clients.

H. Michael Steinberg lives in Denver with his wife and two college aged children. He has lived in the Great State of Colorado for over 30 years.