A Lawyer With a 35+ Year Proven Track Record in Exclusively Colorado Criminal Cases Defending Your Future
Contact Us Now For a Free Consultation
Home
Our Firm
First Thing: Do You Really Need a Lawyer?

First Thing: Do You Really Need a Lawyer? 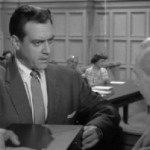 One of the reasons for consulting with an attorney is to find out whether you actually need representation or not. That is something that can be decided only with the aid of experienced counsel, and only after he or she is familiar with all the facts of your case.

If I am Innocent of Criminal Charges Brought Against me, do I Still Need a Lawyer?

The fact that you are innocent doesn’t mean you will be found innocent. We all like to think that truth and justice always prevails, but unfortunately that is the ideal – not necessarily the reality. In fact, sometimes police and prosecutors are so eager to push cases through the system that innocent people are found guilty of crimes they did not commit. The only way to ensure that your rights are fully protected and that evidence in your favor is fully and fairly presented in court is to hire an experienced attorney to provide you with proper legal representation.

Do I Need a Lawyer if my Case is Still Under Investigation and no Charges Have Been Filed Against me?

Your need for the advice of counsel may be just as great during the course of a police investigation, as afterwards, when criminal charges have been filed. Bear in mind that police and prosecutors do not always give people the benefit of the doubt before filing charges. They also make mistakes.

Don’t assume that the police will fairly investigate all the facts, or that prosecutors will fairly decide whether or not you should be charged. Any evidence in your favor should be fully investigated and preserved by your own attorney as early as possible. He might also bring this evidence to the attention of the police and prosecutors if they can be persuaded not to file charges against you.

Remember: it is sometimes easier to convince prosecutors not to file charges in the first place than it is to persuade them to dismiss charges once they have been filed.

If the Government Hasn’t Filed Charges Against me After a Long Period of Time, Does That Mean I Probably Won’t be Charged?

Not necessarily. Prosecutors can file criminal charges at any time within the applicable “statute of limitations” which, for many crimes, is several years. It may be that prosecutors haven’t filed charges against you only because they are still investigating the facts. This process can takes months, even years.

What can a Lawyer do for me if Charges Have not yet Been Filed?

Your lawyer might be able to persuade prosecutors that there are good reasons why charges shouldn’t be filed against you. Perhaps there is a legal reason why the law doesn’t apply to your factual situation. Perhaps there are weaknesses in the evidence that law enforcement officials have overlooked. Perhaps there are others who are more criminally responsible than you are. For a variety of reasons, an attorney might be able to convince the authorities that you should not be the focus of their investigation.

Will Investigators Come to Speak to me Before Charges are Filed?

Maybe. Maybe not. If they think you’ll talk to them and that your statement would help their case, they might try to interview you. Whether you should speak to them is sometimes a complex decision that is best made with the advice of counsel.

If I am Guilty, and if I Plead Guilty, Will I get Probation if This is my First Offense?

Don’t count on it. The judge may be bound by sentencing guidelines that have removed a great deal of discretion from their hands. You could find yourself sent off to prison even if the judge believes that you would make a good candidate for probation. Judges can also be overly harsh in their sentencing, depending upon the facts of the case and the recommendation of the prosecutor.

An experienced counsel can advise you of strategies for increasing your chances of being placed on probation. Only with an attorney can you be confident that the state will not take advantage of you if you plead guilty.

What can a Lawyer do if Charges Have Already Been Filed?

If the evidence against you is too strong to obtain a dismissal of charges, your attorney will evaluate whether it is in your best interest to go to trial or obtain a negotiated plea bargain. Only an experienced criminal defense attorney can evaluate your chances for success at trial.

If you are likely to lose at trial, your attorney will attempt to negotiate the best possible deal that can be obtained from the prosecution. Sometimes, those who are willing to deal early in the proceedings are able to avoid jail or other significant penalties such as large fines.

First Thing: Do You Really Need a Lawyer?

Finally, if you and your attorney decide to take your chances and go to trial, your attorney will develop evidence in your favor with the goal of persuading a jury that there is a reasonable doubt as to whether you are guilty of the charges. If you ask the question, First Thing: Do You Really Need a Lawyer? You probably need a lawyer.