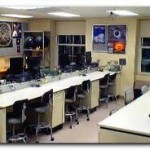 Over the last several years I have employed a technique many Colorado and other states criminal defense lawyers are now using demanding the prosecution produce CSI evidence or crime scene forensic evidence… or to explain why it was not gathered and scrutinized.

The CSI type television shows on television have created expectations in juries that should be exploited by aggressive criminal defense lawyers.

The CSI Effect is the portrayal on television of the collection and use of forensic evidence- such as DNA evidence as well as the use of technology to analyze that evidence to solve crimes in crime dramas such as CSI: Crime Scene Investigation.

A Study Shows the Impact of These Shows on Juries

A recent study called Media and the Criminal Justice System by Emily Greene Owens of Cornell University(2009)* found that:

Consistent with the type of forensic science portrayed in the CSI franchise, this effect is strongest in cases where the prosecutor must establish that the defendant illegally discharged a firearm or possessed small amounts of drugs.

She found that the average American develops most of their “knowledge” of the criminal justice system from these fictional television shows.

CSI, NCIS, CSI: Miami, The Mentalist, and Monk,impacts the “the perceptions and behavior of viewers, this change should be most evident in their beliefs and expectations regarding crime and criminal justice.”

Prior to the publication of her paper, evidence ofthe CSI Effect was purely anecdotal for the most part in her study she collects county and federal level conviction rates, workload statistics from publicly funded forensic labs, and local television viewing habits to test whether fictional crime scene investigation programs have elevated the importance of forensic evidence in criminal trials.

She focused only on trial outcomes. This was her finding:

“ By exploiting variation over time and geography in television viewing habits, which I show are not predicted by pre-CSI trends in conviction rates, I find evidence that CSI has affected what people “know¨ about the criminal justice system; state and federal prosecutors practicing in areas where more people watch CSI appear to have a harder time obtaining convictions.

Despite the clear fictional nature of the CSI franchise, people without any other experience with the criminal justice system appear to glean information about how one should investigate and prosecute crime from these shows. Indeed the CSI effect is particularly pronounced in jurisdictions where prosecutors were less likely to have access to forensic evidence, suggesting that forensic evidence is over-weighted where CSI is popular. “

A jury forms its opinion of what constitutes “reasonable doubt¨ in a jury trial based on what it hears and what it EXPECTS TO HEAR. A jury is unfamiliar with the criminal justice system in the professional or personal sense. It is not obvious what evidence they would expect to see.

The truth known by prosecutors and criminal defense lawyers alike is that is rare to find ANY kind of CSI evidence at crime scenes.

First CSI evidence is difficult and expensive to collect (who cares the defense attorney should exploit the absence of collecting it).

Second,it simply may not be available at all even if it was attempted to be collected.

Studies have shown that in as few as 10% of homicide investigations produce fingerprints or DNA evidence [DiFonzo and Stern (2006)]. Also as far as DNA evidence is concerned the cost of “processing¨ requests for forensic analysis is drastically underestimated in CSI and the back up for analysis here in Colorado and across the nation may be months if not years.

But on the TV shows finding a “DNA match¨ takes a matter of minutes…. setting up jury expectations that can be used to argue reasonable doubt.

Not Real Helpful But May be Used to Leverage Plea Bargains

The ability of forensic science to conclusively determine whether or not an individual participated in a criminal act, or even if a crime was committed, is greatly exaggerated. As much as 40% of the forensic analysis portrayed on CSI is “not real” such as the ability of lab technicians to reconstruct knife blades from stab wounds [Cole and Dioso -Villa (2006)].

The characters on CSI also display a huge amount of confidence in their work, saying things like “Physical evidence cannot be wrong. It doesn’t lie.”

In fact, with the exception of DNA analysis, no forensic method has been rigorously shown able to consistently, and with a high degree of certainty, demonstrate a connection between evidence and a specific individual or source¨ [National Research Council (2009)].

The Rub of CSI Evidence Expectations

Jury members form expectations regarding the capabilities of forensic analysis after watching CSI, therefore the effect of the absence of CSI evidence on conviction rates can be negative, as forensic evidence is simply not used as often in real life as it is on TV.

A failure by the prosecutor to provide forensic evidence of “CSI quality¨ may be used by good criminal defense lawyers to help construct “reasonable doubt¨ for one or more jurors. If a juror mistakenly believes that fiber analysis could conclusively identify whether or not the defendant broke into a home, a failure to provide such analysis may indicate a weak case by the prosecutor.

*Accreditation for the majority of information in this article is given to Media and the Criminal Justice System, Emily Greene Owens, Cornell University, September 2009

in the Denver metropolitan area and throughout Colorado, attorney H. Michael Steinberg will be pleased to answer those questions and also to provide quality legal representation to those charged in Colorado adult and juvenile criminal matters.