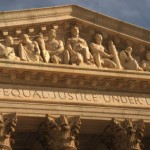 Colorado charges of sexual assault or related sex crimes can result in a feeling of hopelessness and fear that for some can be debilitating. It is at this time that a cold and rational assessment of the legal defenses available to aggressively defend these charges is not only necessary it is essential.

This article reviews some of the most common legal defenses asserted by the defense in Colorado sex crimes prosecutions.

What are the Most Common Defenses in Colorado Sex Crimes Cases

The most common defense or techniques used in successful Colorado sex crimes defense theories are:

It is always an element of every sex offense (except statutory rape) that the sexual act was committed without the consent of the victim. To satisfy this element, depending on the offense charged, the State must prove that the sexual act was completed due to forcible compulsion, or that it was committed against a victim who did not have the legal capacity to consent to the act.

The Definition of Consent in Colorado

“Consent” means cooperation in act or attitude pursuant to an exercise of free will and with knowledge of the nature of the act. A current or previous relationship shall not be sufficient to constitute consent under the provisions of this part 4. Submission under the influence of fear shall not constitute consent.

Here are the various ways Sexual Assault can be charged under Colorado Law.

As regards an alleged victim’s capacity to consent, in some cases the consent defense is simply an untenable position. If a defendant is charged with statutory rape the State of Colorado only has to prove that penetration or sexual contact occurred. The victim’s consent is not an issue.

Once the suspect defendant admits that he had sexual intercourse with a child under 15 is established, the fact that he was guilty of statutory rape is no longer in dispute.

Colorado’s Rape Shield Law would also then prohibit the admission of evidence pertaining to a child’s previous sexual history.

Other Lack Of Capacity Issues

Unlike incapacity due to age, evidence of previous consensual acts between the defendant and the victim are not strictly prohibited when incapacity arises from one of these other incapacity allegations.

“Developmental disability” means a disability that has manifested before the person reaches twenty-two years of age, that constitutes a substantial disability to the affected individual, and is attributable to mental retardation or other neurological conditions when such conditions result in impairment of general intellectual functioning or adaptive behavior similar to that of a person with mental retardation .

“Mental disability” means a substantial disorder of thought, mood, perception, or cognitive ability that results in marked functional disability, significantly interfering with adaptive behavior. “Mental disability” does not include acute intoxication from alcohol or other substances, or any condition manifested only by antisocial behavior, or any substance abuse impairment resulting from recent use or withdrawal. However, substance abuse that results in a long-term, substantial disorder of thought, mood, or cognitive ability may constitute a mental disability

The legal defense of mistake of fact is difficult to successfully assert. In a sexual assault case if the accused has a mistaken belief that the alleged victim had consented to sexual intercourse… the defense may be available.

The Colorado crime of sexual assault contains an element of non consensual intercourse accomplished by many possible means usually means of threats, force, or some kind of fraud and the state must prove each element of the crime beyond a reasonable doubt.

The element most critical in alleged rape cases is whether the accuser consented to the sex.

By comparison another example of a mistake of fact is a defense to theft if the defendant establishes that he or she took the property under a reasonable but mistaken belief that he or she was the lawful possessor of the property.. the defense is available.

Here is the Colorado Criminal Jury Instruction on The Mistaken Belief Defense:

Effect of Ignorance or Mistake Upon Culpablity > (Mistaken Belief)

It is an affirmative defense to the crime of (insert name of crime) that the defendant engaged in the prohibited conduct under a mistaken belief, and due to this mistaken belief by the defendant he did not form the particular mental state required in order to commit the offense.

Sex offenses, especially those committed against children, have their own categories of limitations to prosecution. The time period during which an individual may be prosecuted for a felony sex offense is ten years after the commission of the crime. The orosecution must commence within ten years after the victim reaches the age of 18 for the felony offenses of sexual assault and unlawful sexual contact when the victim is under the age of 18 at the time of the offense.

Prosecution for failure to register as a sex offender against children must commence within three years of the commission of the crime.

There is no statute of limitations for specified sex offenses against children.

Prosecution of misdemeanor offenses charged under the sex assault (Section 18-3-402 (3), C.R.S.) and unlawful sexual contact (Section 18-3-404 (2), C.R.S.) statutes must be commenced within five years of the commission of the crime. All other misdemeanor sex offenses must be prosecuted within 18 months of the commission of the crime.

In a case where a sex offense is reported to law enforcement officials within ten years of the commission of the crime and the identity of the offender is determined by DNA evidence, there is no time limit for commencing prosecution.

The Insanity and Diminished Capacity Defenses in Colorado

The insanity defense is an affirmative defense a defendant may raise in a criminal trial to establish that he or she should not be held criminally responsible for the crime charged.

The applicable test of insanity shall be:

The Intoxication Defenses in Colorado

When raised, the defendant is required to set forth evidence regarding the level or degree of his or her intoxication that fairly casts doubt on the mens rea issue.

It appears to be universally accepted by courts that voluntary intoxication does not provide a complete defense or legal excuse for committing a criminal act.

Colorado and most jurisdictions have permitted limited use of this defense by defendants to negate a specific intent that is an element of a criminal offense.

Importantly, notwithstanding the assertion of this defense, the defendant can still be found guilty of any lesser included offense.

With regard to sexual offenses, as discussed above, the majority of legal authority suggests that voluntary intoxication is not ordinarily a defense to a general intent crime. However, under certain circumstances, the voluntary intoxication defense may be reasonably raised in sexual offense cases in which the offense charged is a specific intent crime.

You may consider evidence of self-induced intoxication in determining whether or not such intoxication negates the existence of the element of [with intent] [after deliberation and with intent] [intentionally].

This instruction is available only for offenses that require “intent”, “intentionally” or “after deliberation and with intent” as an element, but not for crimes of general intent.

The Involuntary Intoxication Defense in Colorado

In the context of a criminal trial, many courts have recognized that involuntary intoxication can provide a complete defense or legal excuse to criminal charges when the intoxication is to such a degree that it removes the defendant’s ability to distinguish between right and wrong.

It should be noted that the majority of courts expressly reject the proposition that addiction to alcohol or drugs constitutes involuntary intoxication.

It is an affirmative defense to the crime of (insert name of crime) that the defendant lacked the capacity to conform his conduct to the requirements of the law because of intoxication that was not self-induced.

After considering all the evidence, if you decide the prosecution has failed to disprove beyond a reasonable doubt any one or more elements of the affirmative defense, you must return a verdict of not guilty.

If you have questions about Defenses In Colorado Sex Crimes Cases in the Denver metropolitan area and throughout Colorado, attorney H. Michael Steinberg will be pleased to answer those questions and also will provide quality legal representation to those charged in Colorado adult and juvenile criminal matters.