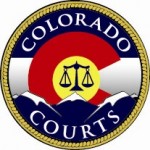 Co-Defendant’s in Colorado criminal cases many times -as a matter of strategy and tactics do NOT want to be tried together. One reason may be that in a joint trial the more guilty of the two one with perhaps a much worse criminal history tends to “shade” the case against the less guilty of the two.. In this situation the former defendant will seek a severance of the trials this article addresses that issue.

The Rule in Colorado is that severance is to be granted as a matter of right if there is material evidence admissible against one but not all of the parties and admission of that evidence is prejudicial to the party against whom the evidence is not admissible.

Even if the evidence at issue would be inadmissible against the defendant seeking severance, severance is not mandatory unless it is also shown that the evidence is prejudicial to the moving defendant.

To establish prejudice for the purposes of § 16-7-101, the defendant must show that the evidence was so inherently prejudicial that the jury could not have limited its use to a proper purpose.

Here is The Specific Colorado Law on Severance (each section is “broken out” so that it is easier to understand):

The Law As Interpreted By The Colorado Courts

This section is mandatory when it appears that a defendant would be prejudiced on a joint trial by the admission of evidence which would not be admissible as against him, but which would be competent as against his co-defendant.

The supreme court has interpreted this section to mean, in the mandatory severance setting, that the trial court must determine whether the admitted evidence was so inherently prejudicial that the jury could not have limited its use to its proper purpose.

The trial court’s decision will be upheld on appeal absent a showing of an abuse of discretion and actual prejudice to the moving party. Severance is to be based upon a finding of prejudice rather than simply the differences which are incidental to any trial of more than one defendant.

BUT where the evidence is admissible against all defendants, severance need not be allowed.

And such this as evidence of reputation of another defendant is expressly excluded as a ground for severance by this section.

When an out-of-court statement of a co-defendant does not make reference to the co-defendant, severance should be granted only when it is necessary to promote a fair determination of the guilt or innocence of one or more defendants.

The court should make this determination by considering, among other factors, whether, in view of the number of offenses and defendants charged and the complexity of the evidence offered, the trier of fact will be able to distinguish the evidence and apply the law intelligently as to each offense and as to each defendant.

If a defendant is not entitled to a severance as a matter of right, a motion for severance is addressed to the sound discretion of the trial court, whose decision will be affirmed absent a showing of abuse of discretion and actual prejudice to the moving party.

The factors to be considered in determining whether denial of a severance constitutes an abuse of discretion include:

What is not an Antagonistic Defense?

Defenses are not antagonistic where they do not specifically contradict each other. Therefore where joint defendants merely deny participation in the crime and do not present evidence or testimony that the other defendant was solely responsible, arguments made by the lawyers that suggest that the other defendant was responsible for the crime does NOT establish the existence of antagonistic defenses.

Law of Severance in Colorado

If you have questions about Law of Severance in Colorado in the Denver metropolitan area and throughout Colorado, attorney H. Michael Steinberg will be pleased to answer those questions and also to provide quality legal representation to those charged in Colorado adult and juvenile criminal matters.

In the Denver metropolitan area and throughout Colorado, attorney H. Michael Steinberg provides quality legal representation to those charged in Colorado adult and juvenile criminal matters as regards the Law of Severance in Colorado.