A Lawyer With A 38+ Year Proven Track Record Exclusively Practicing Only Colorado Criminal Law - Defending Your Future
Contact Us Now For a Free Consultation
Home
Articles
The Colorado Criminal Justice System – What are my Rights?
Can the Police Stop the Public Recording of Their Actions?

Can the Police Stop the Public Recording of Their Actions? 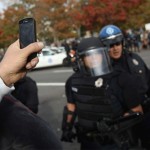 Colorado Criminal Law Can The Police Stop The Public Recording Of Their Actions? The answer is no. This article will explain why the police cannot stop you from recording their actions as long as you do not interfere with their investigation.

This brief article will make you aware of a new right to sue the police IF they DO unlawfully interfere with the public recording of the execution of their duties.

Your First Amendment Right To Record The Actions Of The Police

It is well known to many individuals and witnesses under investigation by certain Colorado Police Departments, including the well known practices of the Denver Police Department, that police officers will intimidate, harass, and threaten suspects and or witnesses who these officers believe are recording, or even attempting to record them, performing their official duties in public.

Every citizen of this country has a First Amendment right under the United States Constitution to record the police performing their official duties in public…. period. The First Amendment is the foundation of the right of the public to gather, receive, record and disseminate information on matters of public importance relating to civil liberties and civil rights, which includes the official actions of police officers in public.

This is not news, numerous appellate cases that establish this right, but notwithstanding those decisions, the police continue to ignore those rules because of a lack of accountability to the public or to their own police departments.

The seizure by the police of a recoding device such as a cell phone, still or video camera and the like, also violates the right of the individual to be free from illegal searches and seizures under the Fourth Amendment to the United States Constitution. Without voluntarily consenting to the seizure of such devices, even the most limited interference of an individual’s use of the device is without lawful justification and an illegal search.

When a person exercises their right to record the actions of the police operating under color of law and within the scope of their employment , they are protected by the First Amendment of the U.S. Constitution. That right, the right to gather, receive, record, and disseminate information is on solid footing under the Free Speech, Right to Petition, and the Free Press Clauses of the First Amendment.

This is what I call “bottom line law” a police officer performing his or her public duties in public places can have no reasonable expectation that their conduct is private and will not be recorded, published, and disseminated.

While Colorado law ( one party state ) does have anti-wiretapping laws that prohibition on taping only applies where there is a reasonable expectation of privacy. Neither Colorado not any other state has held that police officers performing their job in a public setting have a reasonable expectation. There is no “privacy-protecting goal” that is met from prohibiting the public recording of the police.

The actions of the police in harassing, intimidating, unlawfully detaining, and threatening a private citizen’s right to record that police officer violates the citizen’s exercise of their constitutional rights and work to “chill” that person from exercising those rights and continue to exercise those protected rights.

The Reasoning Underlying This Area Of Law

If you are in a public place and you are lawfully present at the place you have the right to photograph ANYTHING that is in plain view from that location. This right is founded on many principles which, importantly, includes a form of “public oversight” over the government so critical to a free society.

If the police seize your photographs/video they must return that evidence and may not delete those photographs or video under ANY circumstances. Police who have taken this extreme step face felony charges of evidence tampering, obstruction of justice charges and even charges for theft of private property.

Colorado Police officers have the right to order citizens to cease ANY activity that interferes or otherwise obstructs the legitimate exercise of law enforcement operations. The right to photograph/video the police does NOT give an individual the right to break the law. This includes the prohibition against pursuing the completion of your video by for example trespassing on private property to continue to take photographs or video.

The police have the power of arrest. It is the most frightening and intimidating of all government authority. In the scenario painted above, The police will often arrest an individual using some “catchall” misdemeanor such as obstruction of justice or disorderly conduct. While you cannot be charged for “illegally recording police” it will make little difference when you are cuffed and thrown into the back of a patrol car.

ON the other hand it the police order you to “Shut it off, or I’ll arrest you,” that is more problematic and a decision has to be made about the enforcement of your right to record. That decision must be your informed decision given the totality of the circumstances you face. The intent of this article is to help you make that difficult decision.

If the police violate the laws referenced above on or after May 20, 2016, the person on the street has a new cause of action to sue the police for money damages.

The new law creates a private right of action that can be filed in the Colorado courts against a peace officer’s employing law enforcement agency if a person:

What follows is a reprint of the new law:

§ 13-21-128. Civil Liability for Destruction or Unlawful Seizure of Recordings by a Law Enforcement Officer

Summary and Conclusion Colorado Criminal Law Can The Police Stop The Public Recording Of Their Actions?

It is undeniable that the future of the enforcement of civil rights and civil liberties may turn on the use of video. Everyone with a smart phone now has the recording technology to enable them to record police-public encounters on the streets of Colorado. The role of this new weapon against police brutality is clear video can be, and is being, used as the new tip of the spear to enforce the individual’s civil rights as against the police and there is now a civil lawsuit for damages that can be used to enforce this right where ;aw enforcement fails to “police” themselves.

Colorado Criminal Law Can The Police Stop The Public Recording Of Their Actions?

About The Author: H. Michael Steinberg Email The Author at hmsteinberg@hotmail.com A Denver Colorado Criminal Defense Lawyer or call his office at 303-627-7777 during business hours or call his cell if you cannot wait and need his immediate assistance 720-220-2277. Attorney H. Michael Steinberg is passionate about criminal defense. His extensive knowledge and experience of Colorado Criminal Law gives him the edge you need to properly handle your case.